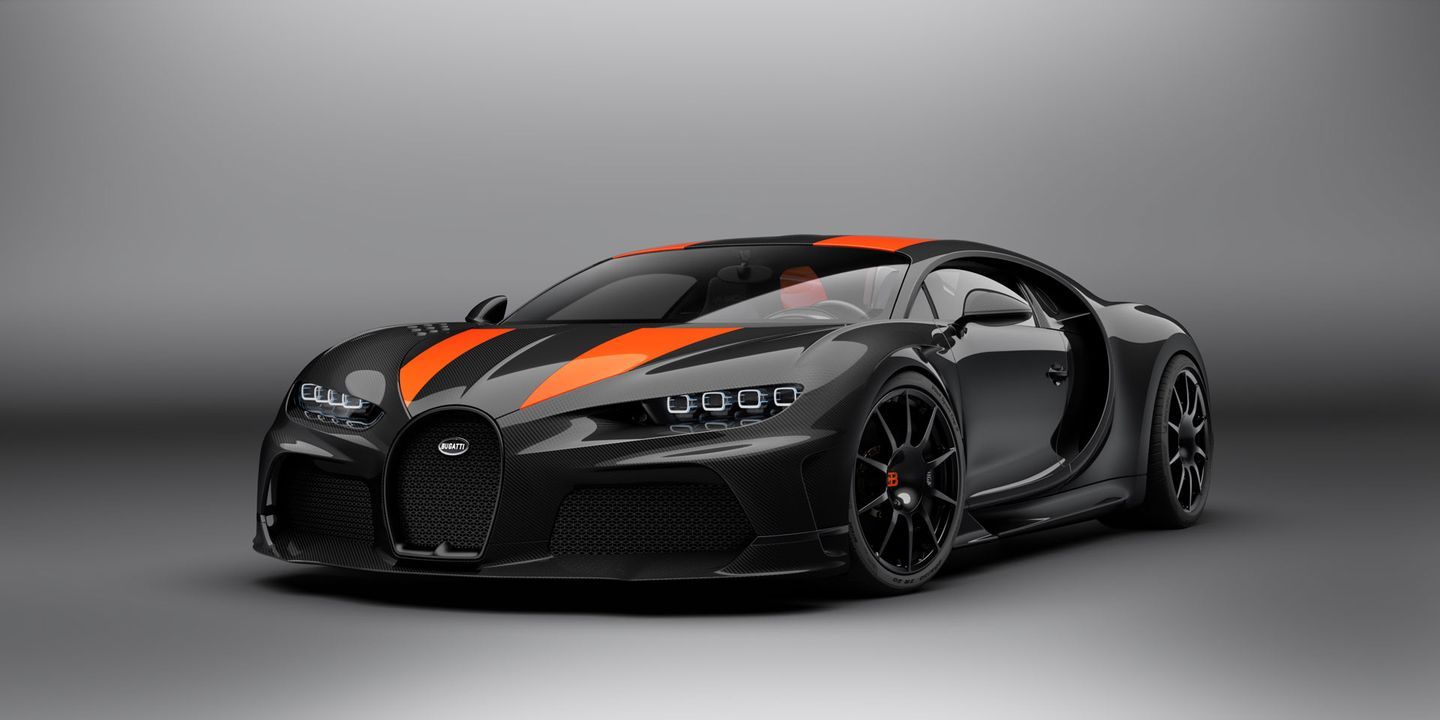 It seems we were right. Bugatti is likely to offer customers a chance to own the record-setting 300 mph Bugatti Chiron.

This image, which was recently posted on the McLarenLife forum shows the production version of the Chiron that set the new speed record at Ehra-Lessien, earlier this week. The car looks identical to the prototype. It has larger vents upfront and tweaked skirts. The vents on top of the front fenders are probably tasked with extracting air from the wheel wells. However, the 10-spoke alloy wheels are different and have orange Bugatti logos in the centre. It also has a similar color scheme inspired by the Veyron SS World Record Edition.

Now, the production version of the record-setting Chiron is likely to be called Chiron SS. It could be powered by the 1600 hp, 8.0-liter W16 engine from the Centodieci and would most likely be all-wheel drive. Having proved that with a few modifications, the Chiron can reach 300+ mph, the production version is expected to be limited to a much lower top speed.

The latest leak indicates that the official unveiling of the Chiron SS could be just around the corner. We expect the car to debut during the Grand Fete. So, keep watching this space.