After Sergio Marchionne’s sudden demise, there’s a new man in charge of the prancing horse from Italy. Louis Camilleri, who was assigned as the CEO of Ferrari in July this year has laid out an intensive future product plan for the Italian marque. The product roadmap includes the launch of as many as 15 models between 2019 and 2022, of which 60% are intended to be hybrid.

According to the new roadmap, the product range will be divided into four types of vehicles: Sports, GT, Special Series and a new category dubbed ‘Icona’. We are already familiar with the Sports range which currently comprises the 488, 488 Spider and the 812 Superfast as well as special editions based on these, like the 488 Pista. 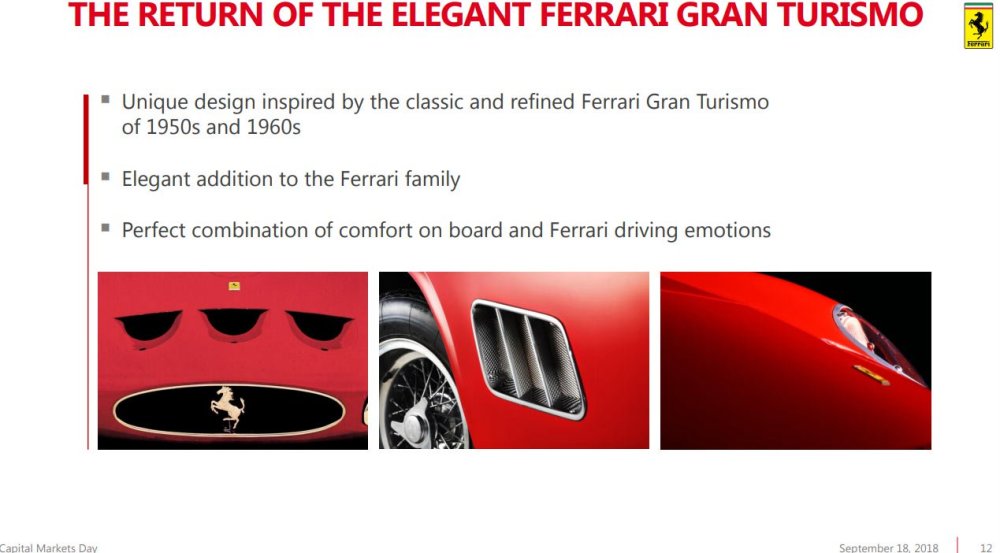 More information on the Gran Turismo and Icona range were provided by Ferrari at the product plan release. The Icona range is what Ferrari describes as “timeless design of iconic Ferraris reinterpreted with innovative materials and state of the art technologies”. The recently released Monza SP1  and Monza SP2 are part of the Icona series.

The Gran Turismo range will consist of the Portofino convertible and the marque’s upcoming SUV which has reportedly been named the Purosangue. The model will arrive closer to 2022 with a hybrid powertrain. More interestingly for us, a new supercar has been planned to join the GT range which Ferrari says will be “the return of an elegant model” which has a “unique design inspired by the classic and refined Ferrari Gran Turismo of 1950s and 1960s.” 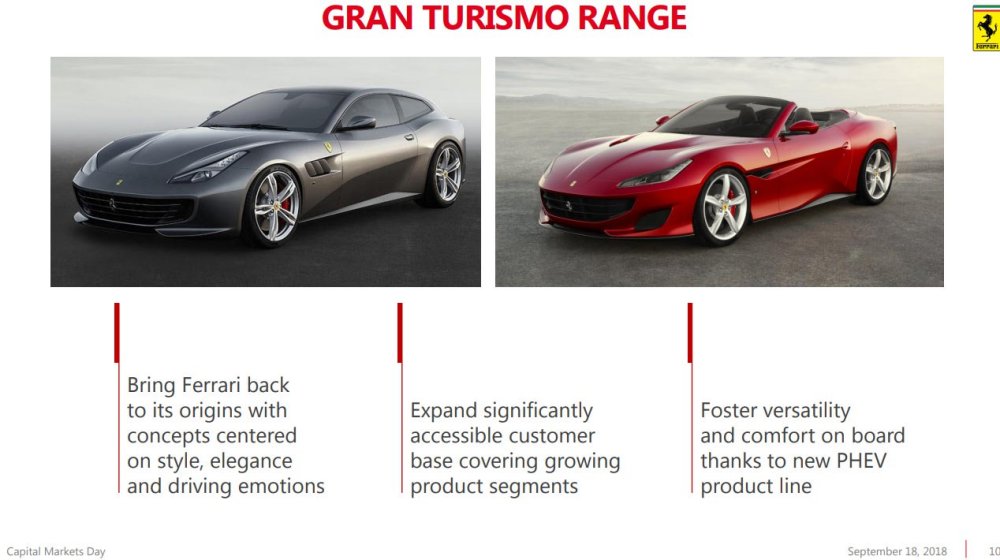 If that doesn’t sound exciting enough, Ferrari is also planning to launch a new supercar to sit above the 488 replacement in the Sports range. The upcoming mid-engine supercar is part of Ferrari’s plan to create a “two tier mid rear engine product range” and will sit above the 488 in Ferrari’s lineup. Ferrari promises that the model will be “a real supercar in the standard range” but didn’t provide any details other than that it will be a hybrid along with the rest of Sports range. The model is supposedly intended to occupy the top tier mid-engine segment which is currently dominated by the Aventador. The Aventador replacement which is expected to release in 2022 with a hybrid powertrain should be the major competition to the new Ferrari. 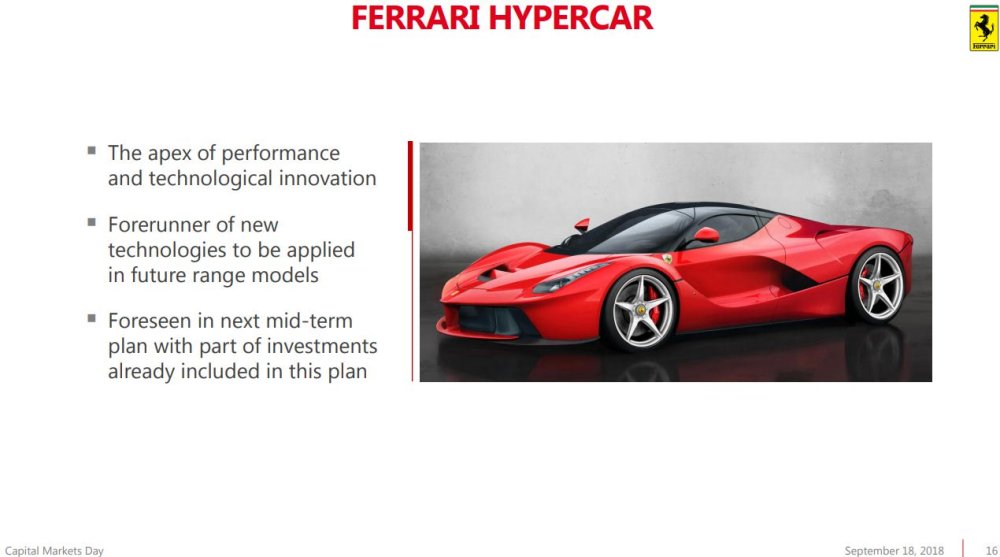 In addition to the 488 replacement and the supercar that will sit above it, another mid-engine model will be a part of Ferrari’s line-up by 2022. It’s successor to the LaFerrari hypercar. Development work on the car has supposedly started. Its powertrain will comprise of electric motors with a naturally aspirated V12 (thankfully!) doing majority of the work. No other details were provided but Ferrari says its second generation hybrid hypercar will be much faster than the LaFerrari.

The only bad news that comes out of the product roadmap release is that the long rumored and much awaited Dino which was previously reported to launch in 2023 has reportedly been sidelined.

As Camilleri himself admits, the new roadmap is ambitious. However, if the plans are indeed realized, then it is surely going to be exciting times for Ferrari enthusiasts, and the shareholders, of course. 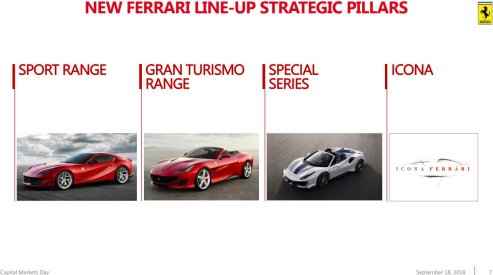 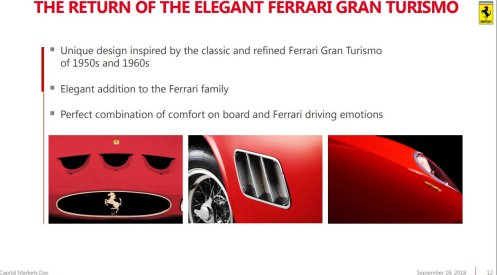 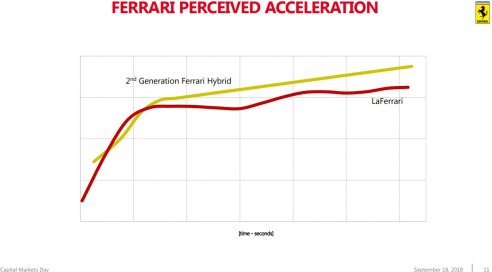 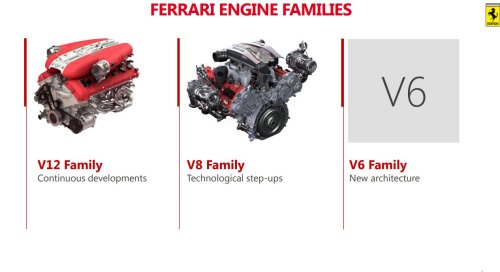 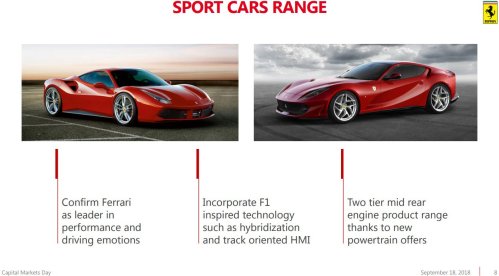 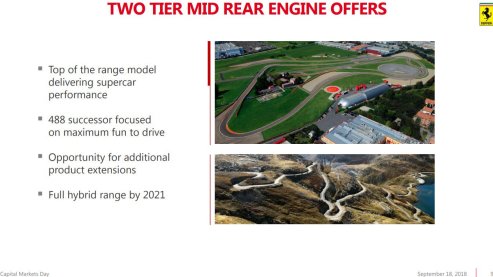 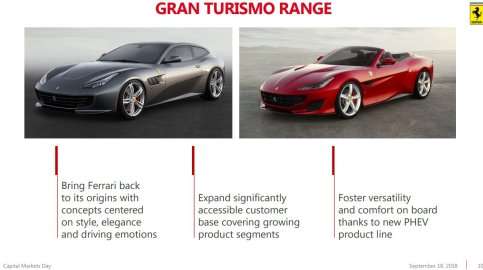 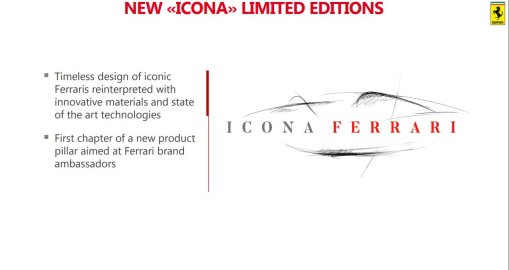 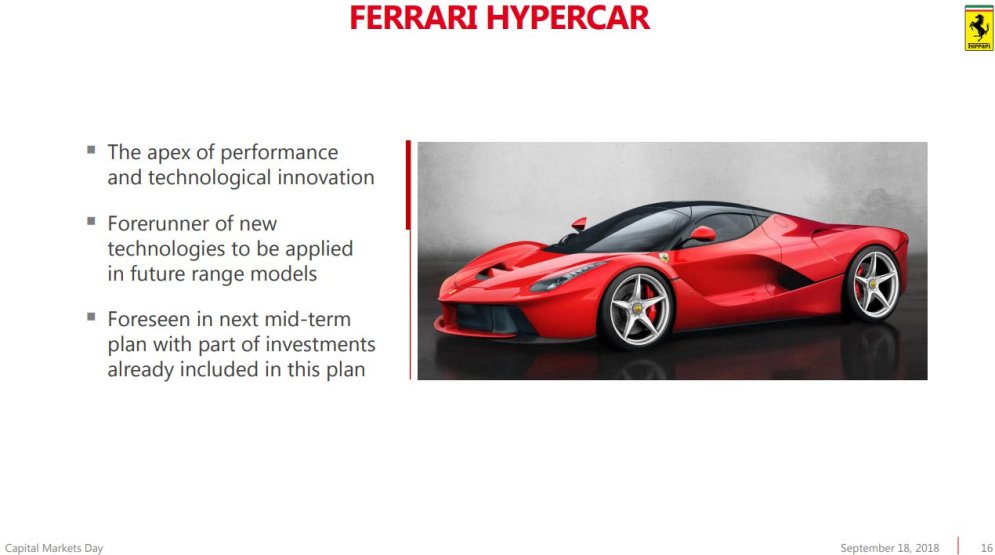