Ferrari 488 Pista takes over from the where the 458 Speciale left off.

The Ferrari 360 Challenge Stradale was revered as one of the greatest driver’s car. But, then came the 430 Scuderia and it raised the bar ever further. With the 458 Speciale, Ferrari perfected its “special” recipe. In the modern era, Ferrari had to tweak its recipe ever so slightly. Unlike its predecessors, the new 488 Pista is turbocharged. Nevertheless, it does have the most powerful V8 engine ever fitted to a Ferrari.

But, before we get to the insane powerplant, let me give you a tour of its exterior. 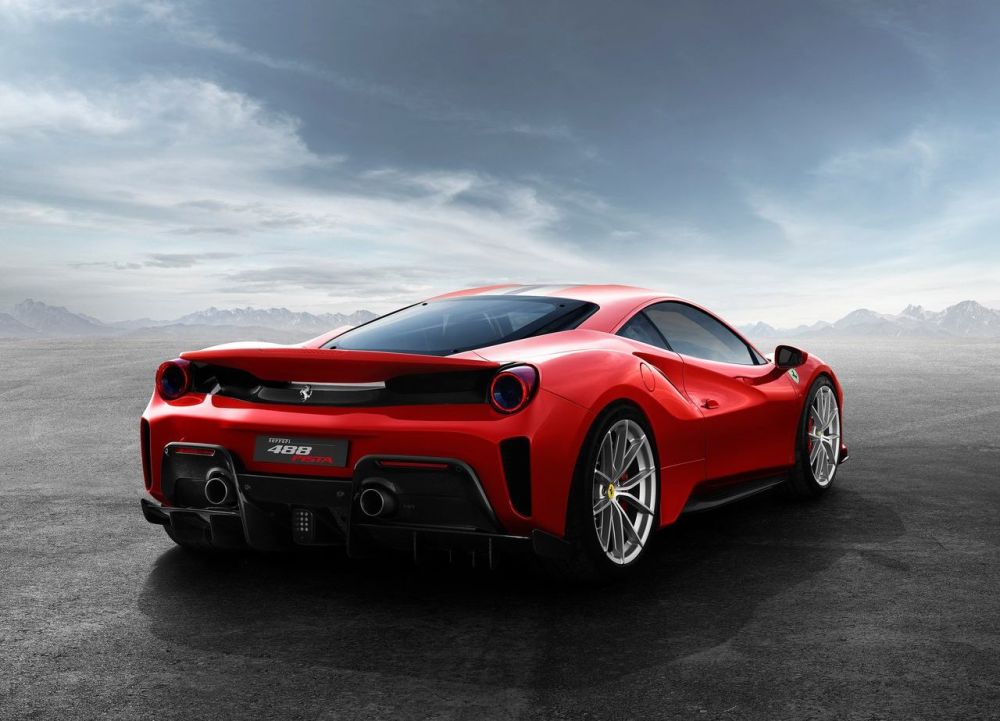 The Ferrari 488 Pista is based on the 488 GTB. It measures 4605 mm in length, 1975 mm in width and 1206 mm in height. The design is an evolution of the 488 GTB and a lot more extreme. The front features an F1-inspired S-duct designed along the lines of the 488 GTE race car. The front bumper is also unique to the Pista while the side scoop has been tweaked as well. 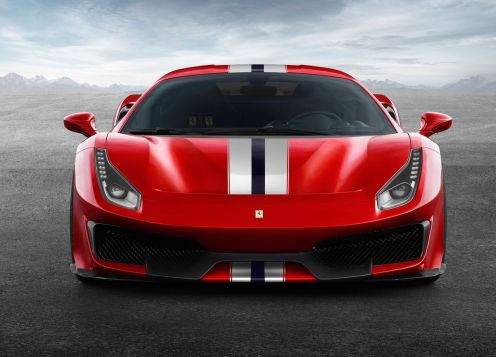 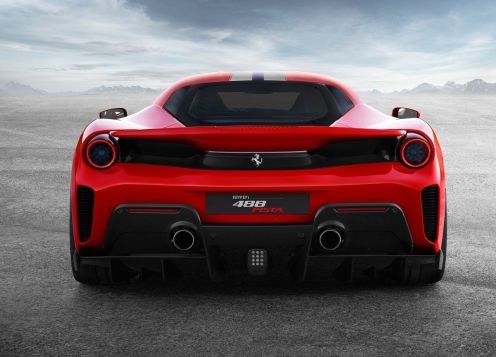 Moving to the rear, the 488 Pista has a “dolphin-tail” spoiler integrated into its bodywork. The twin, circular LED tail lights are separated by black trim and two large extractor vents. The rear diffuser is noticeably larger than the standard 488. Also, additional vents on the bumper help extract air from the wheel wells. Ferrari claims that the overall downforce has increased by 20%. 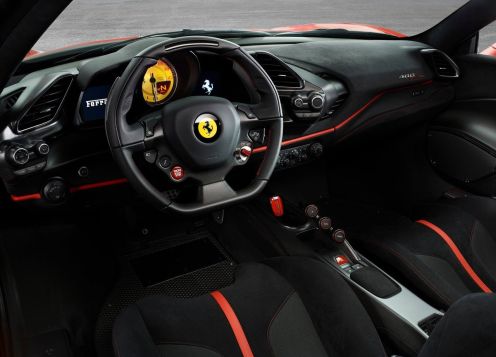 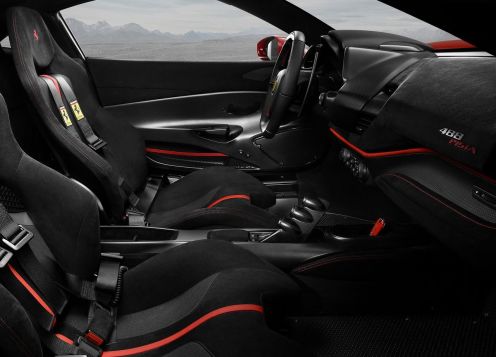 The interior of the 488 Pista looks similar to the standard car apart from a few details. While it isn’t as stripped out as a 360 Challenge Stradale or the 430 Scuderia, it does miss out on carpets. The car weighs 1280 kg (dry), which is 90 kg less than the standard 488 GTB. 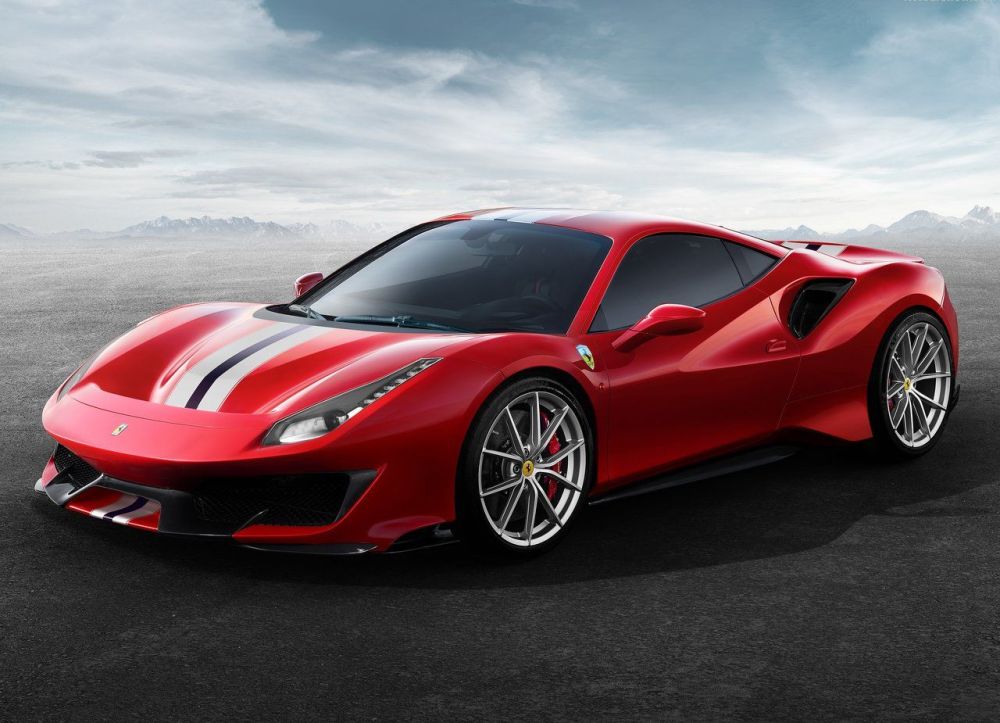 On the chassis side of things, the 488 Pista comes with the 6th version of Side-Slip Angle Control system which comprises of E-Diff3, F1-Trac, magnetorheological suspension, Ferrari Dynamic Enhancer which uses software to adjust the brake pressure at the calipers.

The 488 Pista is offered with optional 20-inch carbor fiber wheels. Other carbon fiber parts include the engine cover, bumpers and rear spoiler. 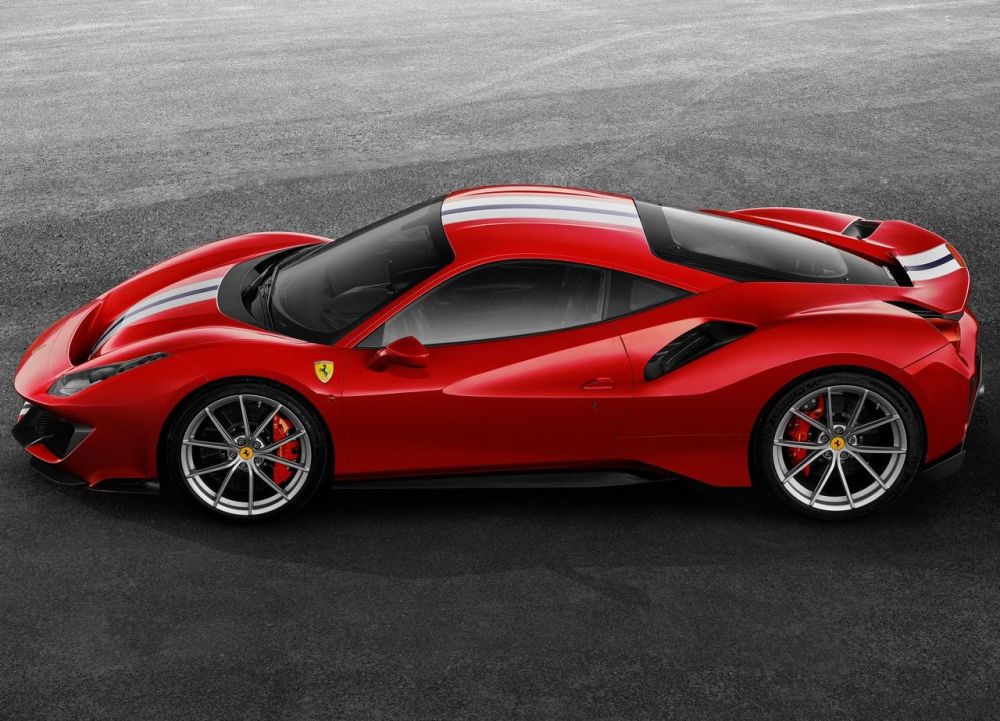