The Texas-based tuner and maker of the Venom F5 has got a message for Bugatti. They don’t intend to let the Chiron keep the unofficial 304 mph speed record.

The Bugatti Chiron is back in the news again and finally for a genuinely awesome reason. After making statements that they aren’t interested in pursuing top speed records with the Chiron, the French carmaker quietly took a modified prototype to hit a speed record-breaking 304.773 mph. It’s unofficial though as the figure was acquired in a single run and not with a production model.

Yep, there’s that little catch of the test car being a modified prototype with a host of significant changes from the standard production model. 1,578 horses galloped out of the 8.0-liter quad-turbo W16, the car’s length was increased, height was decreased, reinforced Pilot Sport Cup 2 tires were wrapped around the rims – to name a few.

But then again, the speed run proves what the Chiron is capable of if Bugatti desires to create a limited production Super Sport model in this guise. 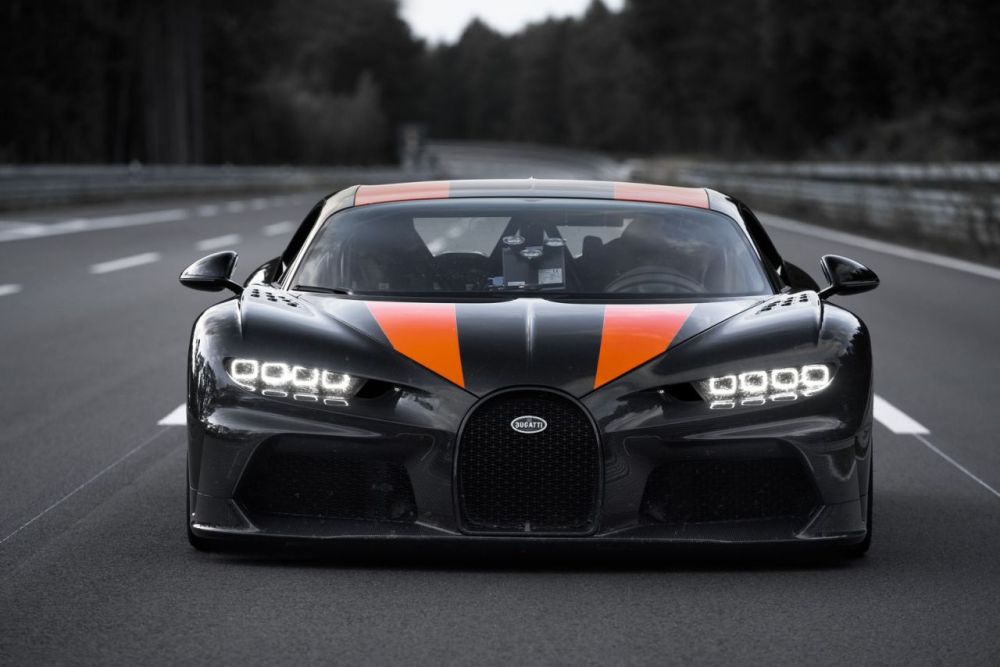 The news has grabbed the attention of world media, enthusiasts and most importantly, the brand’s rivals. Hennessey Performance has come forward to congratulate Bugatti for breaking the 300 mph barrier. The Texas-based tuner’s Instagram page featured an image of the modified Chiron along with the following message.

“Congrats to our friends at @bugatti on your 304 mph run! Such a massive achievement and we accept the challenge!”

We don’t have to read between the lines intensively to pick up the clues of a sharp response coming from the Americans. Hennessey has been working on the Venom F5 hypercar for some time and that one does have the chops to become a major contender in the speed record battle.

A twin-turbocharged 7.6-liter V8 engine delivering 1,600 hp and 1,300 lb-ft housed in a lightweight carbon-fiber chassis is ample to propel the Hennessey Venom F5 to hypercar speeds. But will it be enough to accept Bugatti’s challenge? Only time will tell.

Congrats to our friends at @bugatti on your 304 mph run! Such a massive achievement and we accept the challenge! #bugatti #hennessey #venomf5 #topspeed #worldsfastest #onedirection #300mph

A post shared by Hennessey Performance (@hennesseyperformance) on Sep 2, 2019 at 7:27am PDT