The all-electric Aston Martin Rapide E made a sensational dynamic debut right ahead of the Formula E Monaco ePrix.

With Aston Martin works driver and 24 Hours of Le Mans winner Darren Turner took the wheels of the production-ready Aston Martin Rapide E as the all-electric luxury sedan took to the streets of Monaco. Scheduled before the Formula E Monaco ePrix, the new offering from Aston successfully grabbed eyeballs during its first public demonstration. The dynamic debut built on the hype that was generated during the Rapide E’s glamorous 2019 Shanghai Auto Show in April.

The most powerful Rapide model ever, the Rapide E effectively utilized the opportunity to showcase its performance credentials on the revered circuit. With the power drawn from its 800V electrical architecture battery, hurling all of 604 hp and 701 lb-ft generated by the twin, rear-mounted electric motors, the sedan impressed the Le Mans winner piloting the car.

Danner commented, “I’ve had the privilege to join the Aston Martin engineering team at various stages of the car’s development and the performance that’s on offer in Rapide E really is incredible. The car has the kind of torque and punch that you’d expect from an EV, but they’ve really worked hard to retain the dynamic characteristics of what makes an Aston Martin special. Today feels like a real milestone in this company’s history and for me to be the first person to drive an all-electric Aston Martin publicly is an absolute honour, particularly here in Monaco”. 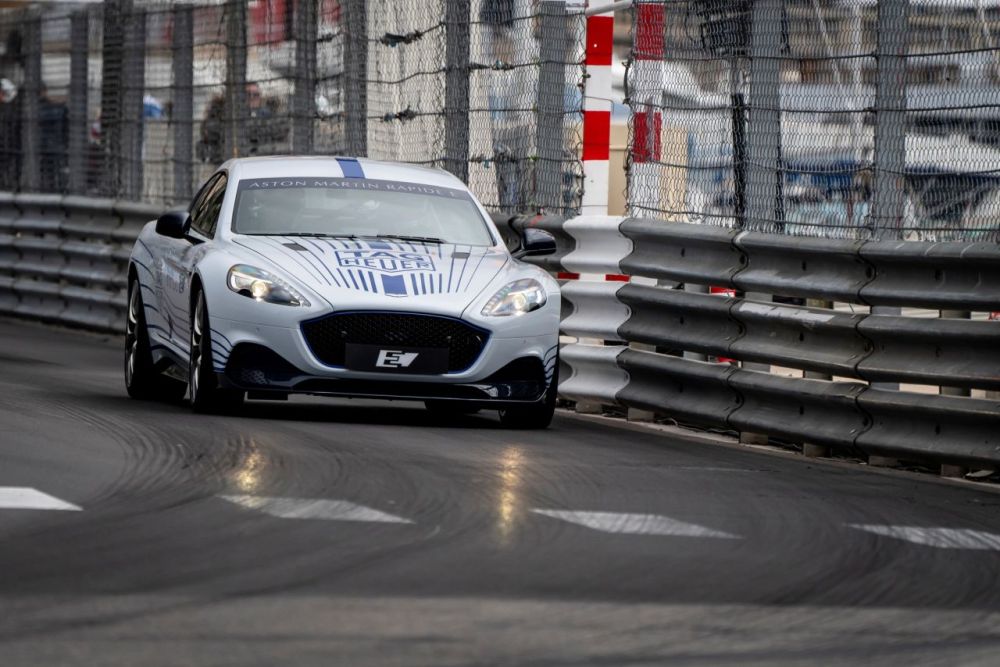 Aston Martin Rapide E will be limited to 155 units and production will begin the Q4 2019 at Aston Martin Lagonda’s new production facility in St Athan, Wales.