Horacio Pagani surprised all of us when he revealed the Zonda HP Barchetta at Pebble Beach. That was 3 years ago. We later learned that Pagani had plans to build three of these and we can now tell you that one of the customer cars is likely to be unveiled soon.

From what we’ve heard, the second Zonda HP Barchetta is headed to @gregb.23’s garage. It is believed to finished in green carbon. The third car has been commissioned by TopCar Design’s owner @oleg_topcar. That’s the one which will revealed in the near future. The car is finished in bare carbon fiber with gold accents. 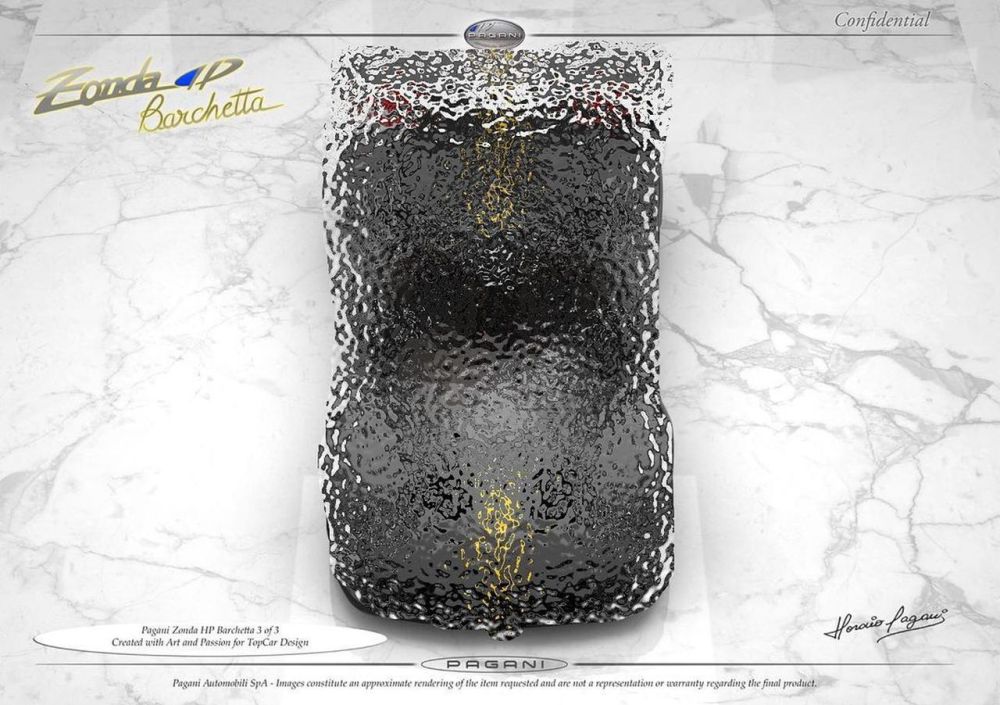 The HP Barchetta is essentially a speedster version of the Zonda. It is powered by a 7.3-liter, naturally aspirated V12 engine paired with a 6-speed manual gearbox. The price tag on one of these exclusive supercars is $15 million.

Now, TopCar Design’s boss also owns another rare Pagani called the Dragon, which is one of the five Huayra Imolas. The car features an even more extreme aero package compared to the Huayra BC. It is also the most powerful Pagani ever made with a 6.0-liter, twin-turbo V12 engine that puts out 827 hp and 811 lb-ft of torque.