Pagani surprised everyone with a new, highly exclusive version of the Zonda. That’s right. The Pagani Zonda, which was launched back in 1999 and is still a favorite among supercar connoisseur. The new model is called the Zonda HP Barchetta and only 3 cars will ever exist and we suspect that all have already been spoken for. The rumored price tag- $15 million! 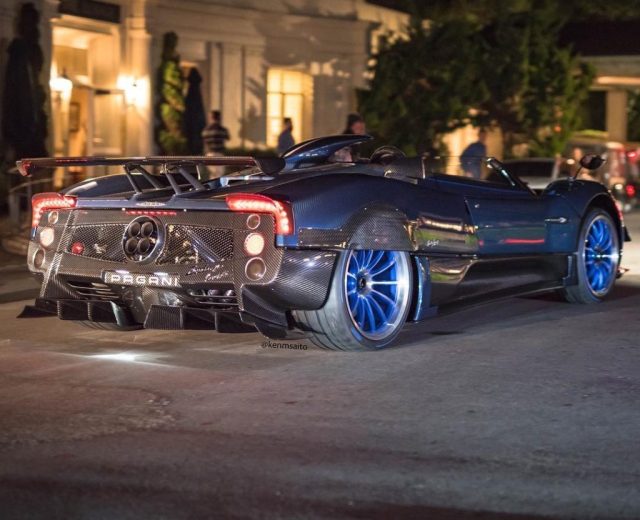 The Zonda HP Barchetta is based on latest iteration of the Zonda with bits and pieces from some of its most famous versions till date. The exterior features an all-carbon bodywork. The front splitter seems new and it has ducts on the front clam shell, while the rear wheels get extended carbon fenders. The most striking feature has to be the chopped roof. The trimmed windshield sits exposed with just the shortened A-pillars supporting it.

The air-scoop on top of the engine, rear spoiler and fender vents are all inspired by the Cinque. Also, it rides on new rims that look somewhat similar to the ones found on the Huayra Roadster. That said, on one side, you have blue rims that match the bodywork while the other side gets silver alloys. 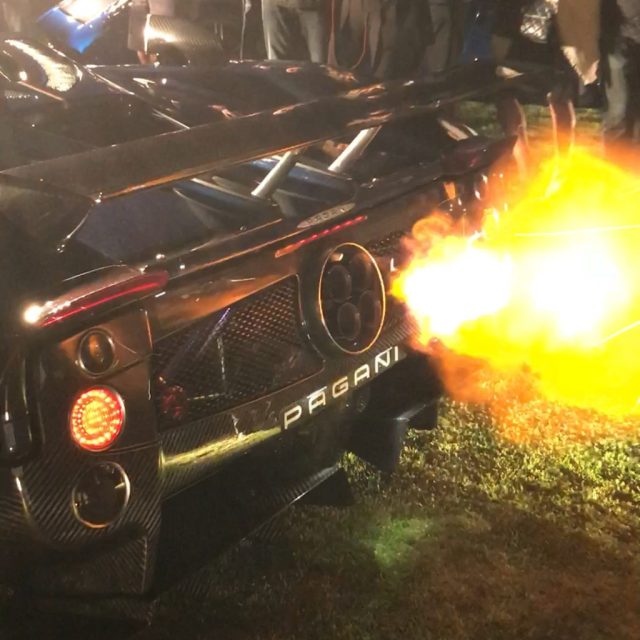 Pagani hasn’t revealed any details about the powertrain yet. However, there are rumors that the Zonda HP Barchetta could be rocking an engine from the Huayra, sans the turbochargers and we can confirm that this car breathes fire!

[Update] The HP Barchetta is believed to be powered by a 7.3-litre, V12 from the Cinque and has an old-school 6-speed manual gearbox. 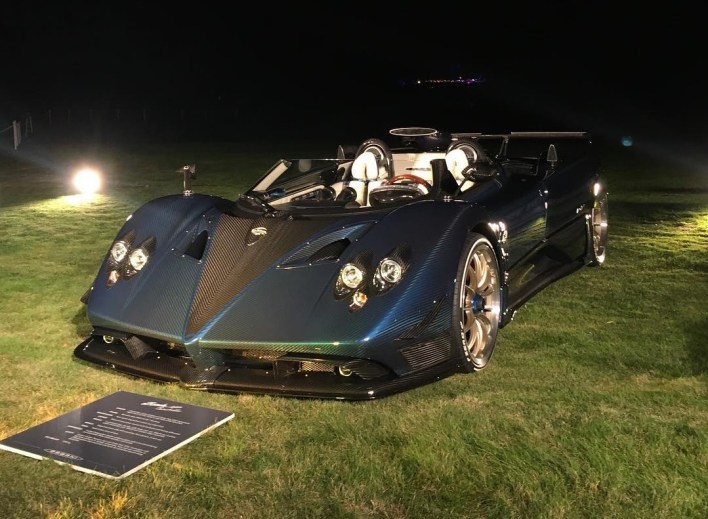 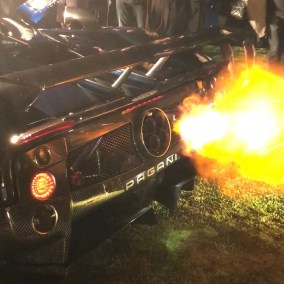 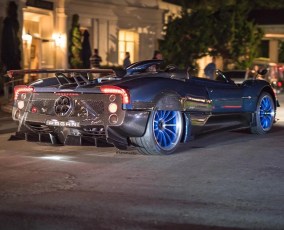 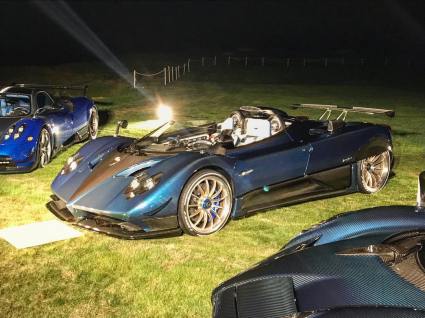 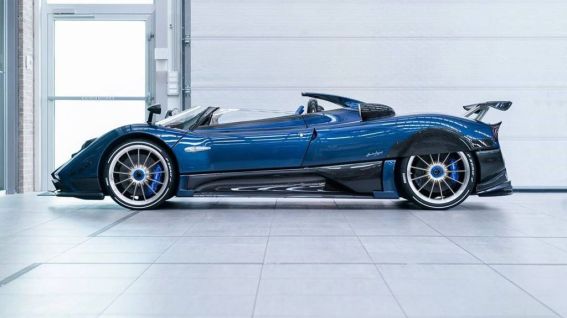