Hennessey has been iterating its ambitious goal of reaching 300 mph ever since the Venom F5 was announced. Now, it seems that founder John Hennessey isn’t content with that.

“Currently our CFD testing and our engineers tell us we need about 1,520 horsepower to break 300,” Hennessey told Motor Authority. “I’d like to run 500 kph. Which is 311 and change.”

But Hennessey isn’t the only American supercar company eyeing for the 300 mph mark. West Richland, Washington-based SSC is also bullish on its intentions to crack the golden number. Its latest hypercar, the Tuatara is powered by a twin-turbo 5.9-liter V8 engine producing 1750 hp which is more than the F5’s 1600 hp. At 0.279, the Tuatara’s body also boasts a lower drag coefficient than Venom F5’s 0.33. The Tuatara is claimed to weigh just 1279 kg while the F5 weigh 1338 kg.

The two companies are also at a war of words. Jerod Shelby, CEO of SSC North America said the Tuatara’s the only one with a “legitimate shot” at cracking 300 mph. “The bullshit stops when the green flag drops” is what Hennessey responded with. 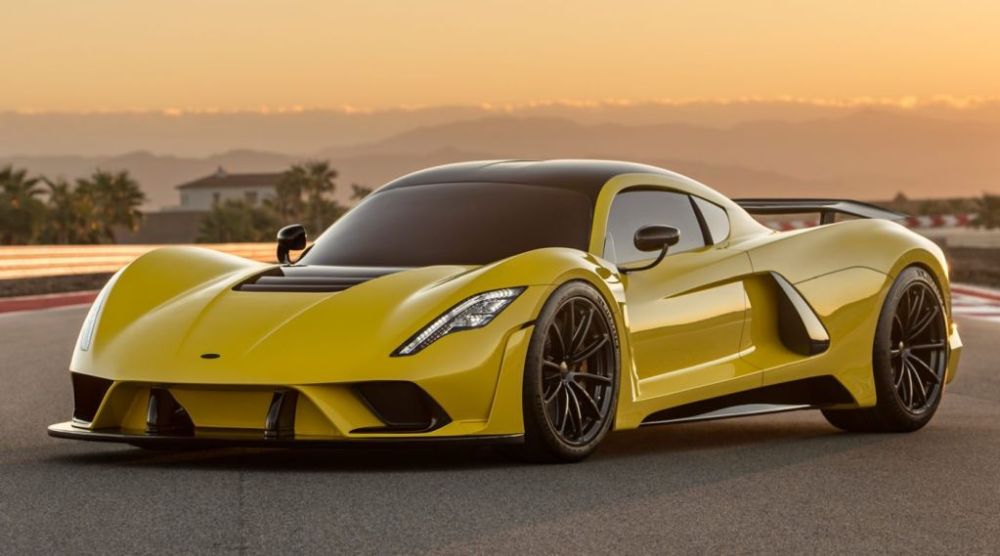 What’s interesting here is that both the companies have previously held world record for the fastest production car. Hennessey’s Venom GT went 270 mph in 2014 breaking the Veyron’s 263 mph record which it itself stole from the SSC Ultimate Aero in 2010. The SSC Ultimate Aero had achieved 256 mph in 2007.

The challenge for both the companies this time will be to find a place to make the top speed run. The Venom GT achieved its record at NASA’s Kennedy Space Center but Hennessey says that the runway is only long enough to hit around 280 mph. Most likely option would involve shutting down a highway just like how Koenigsegg closed off a Nevada highway to make the record-breaking 277.9 mph run with its Agera RS.

While Hennessey only plans to produce 24 units of the F5, the Tuatara is much less exclusive at 100 units. The Venom F5 is priced at $1.6 million and production will start in 2019. SSC hasn’t disclosed the price of Tuatara nor when it plans to produce it.