Also worth mentioning is that the Speedkore Dodge Charger Widebody is made of carbon-fiber and has a twin-turbo system.

Speedkore makes some badass cars and they are experts in making American muscle cars from the past and present more awesome. Their latest offering presented at SEMA 2019 turned out to be among the most evil creatures to have crawled out of Hell. A modern-day Dodge Charger with carbon-fiber body panels, all-wheel drive, twin-turbo, and 1,525 horses – just what we wanted on our walls and in our garages.

The epic build from the Wisconsin-based SpeedKore Performance Group has a 2019 Dodge Charger Pursuit as its canvas. This is the first time that the tuner has worked on an ambitious project with the new-age Charger and they took the “Go big or go home!” route. With the help of MagnaFlow and HP Tuner, Speedkore ended up making the world’s first all-wheel-drive, twin-turbocharged, carbon-fiber widebody Charger.

The aftermarket widebody kit is made of carbon-fiber, replicating the insanely muscular looks of the Widebody version with the lightweight material. Under the hood lives a Hellcat 6.2-liter supercharger V8 similar to the unit seen in the Speedkore Demon, complete with a twin-turbo system to shove air into the engine.

1,525 hp of power gets belted out by the powertrain, making the Speedkore creation one of the most powerful Chargers we’ve heard of. An AWD system, a Hellraiser Performance-built transmission, a custom billet transfer case, an FTI torque converter, and a carbon-fiber driveshaft are among the mechanical upgrades in place. 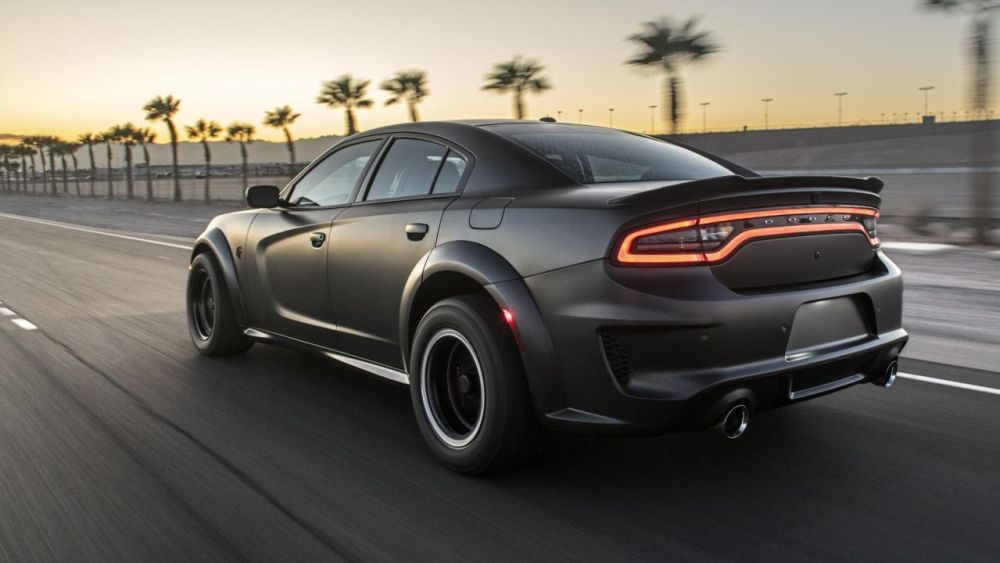 Commissioned by Alex Palermo who owns a twin-turbo Demon built by the same shop, this Charger is a surprise gift for Palermo’s elder brother. We wonder if Speedkore will be willing to do a repeat of this build for those who are ready to shell out without hesitation.