Can we have this Demon-powered Charger in the next Fast and Furious, please?

The engine from the Dodge Challenger Demon got into the vast real estate under the hood of this all carbon-fiber 1970 Charger Evolution from Speedkore.

Speedkore Performance Group had more than one heartbeat accelerator at the 2018 SEMA Show. The all-carbon-fiber, 1,200 hp Dodge Demon was not alone in wooing the Las Vegas crowds. In fact, their major crowd-puller was the 1970 Charger Evolution that packed the power of a Dodge Demon engine. To top it off, this built-from-scratch Charger received the all-carbon-fiber treatment just like its mate in the Speedkore SEMA camp.

The Wisconsin-based customizing house wasn’t entirely happy with the 840 hp of power the 6.2-liter supercharged HEMI V8 borrowed from 2018 Dodge Challenger SRT Demon produced. So they tinkered with it comprehensively, adding a dozen custom performance parts and an extensive engine management tuning to the workout routine. That led to the Speedkore Charger Evolution possessing the power of 966 horses. 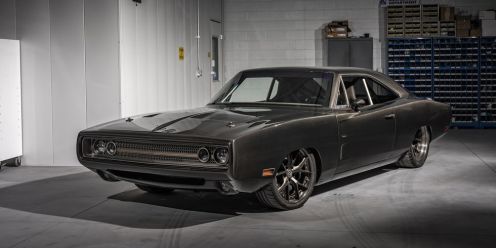 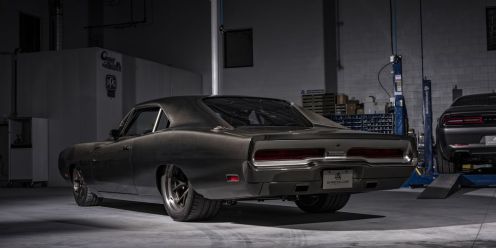 The monotony of carbon-fiber on the Speedkore Charger Evolution was broken by the door handles, front grille and the fuel cap, which were machined from billet aluminum.

The engine was mated with a Tremec 6-speed manual transmission. Brembo units comprising of 6-piston GT monoblock front calipers and 4-piston rears, bite into 15-inch drilled and vented rotors at the front and back were added to slow down this land missile. Then came the wheels, 19-inch and 20-inch HREs at the front and back respectively, with Michelins wrapped around them. 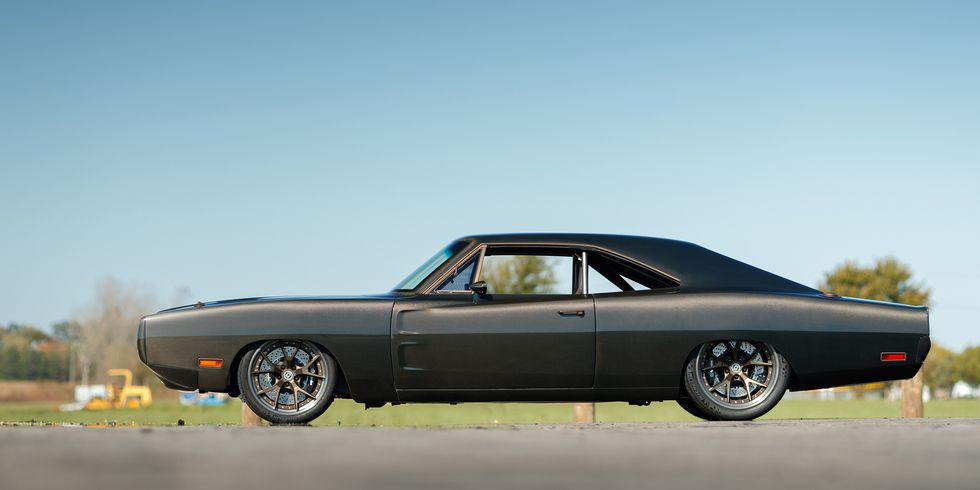 Though everything from the chassis to the body panels were built from the ground up, the Speedkore Charger Evolution does have the VIN number of a 1970 Charger, thereby making it street-legal.

The interior is custom work with lots of carbon-fiber to touch and premium leather to feel. A 14-point roll cage was integrated, in case a certain Dominic Toretto would like to crash this Charger into Maseratis driven by deadly assassins. Or worst case, drive off a cliff to rescue gorgeous hackers.

We wouldn’t mind seeing the Charger Evolution in an upcoming movie in the Fast and Furious saga. Just a thought.