That madcap Speedkore Dodge Demon from 2018 SEMA has now done what it was made for. The carbon-fiber bodied monster is now the Fastest Dodge Demon on the planet.

Refresher course, in case you forgot the Dodge Demon built by Speedkore which was presented at the 2018 SEMA Show. You can read all about that here. Well, we are still bound to give an intro in this write-up without taking the reader elsewhere. Basically, it’s Dodge Demon which was taken in by the tuning specialists Speedkore, who ripped it apart and replaced all body panels with carbon-fiber.

That must’ve made the dragstrip-focused muscle car lighter for sure. But Dr. Frankenstein didn’t stop there. In went a lot of components, including a couple of turbochargers which dialed up the power output to an earth-shattering 1,200 hp at the wheels. 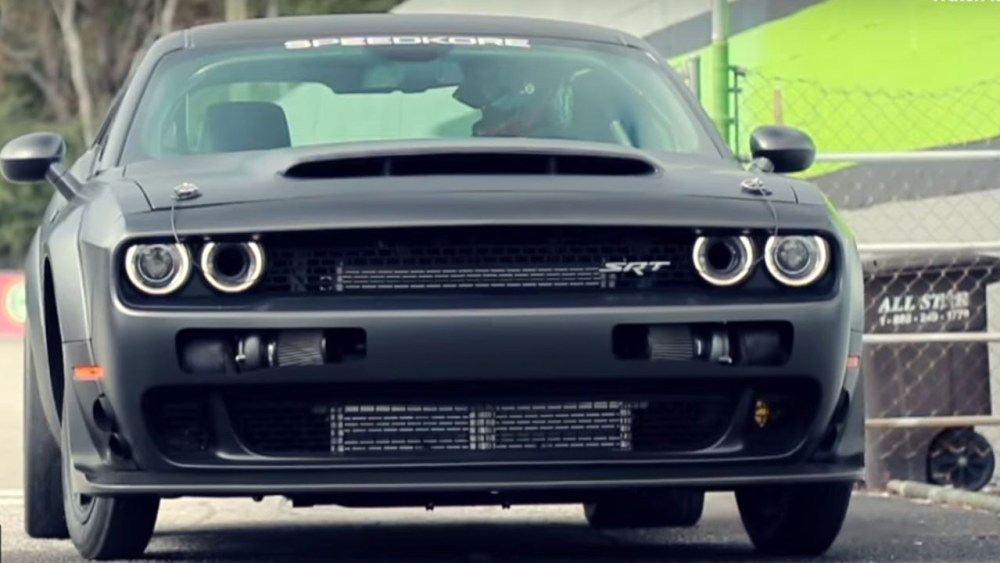 Thanks to the good people at That Racing Channel, here’s a video of the Speedkore Dodge Challenger SRT Demon giving its stock versions a serious inferiority complex. All that carbon-fiber and boost in power has aided the Speedkore build to cover a quarter mile in 8.77 seconds at 162 mph. In comparison, the stock Dodge Demon takes 9.65 seconds.

Here is one more reason to watch or rather listen to this YouTube video. The sound. Boy, this Demon does know a thing or two about getting your attention with the way it roars. Luckily, there are multiple runs to excite your senses of sight and hearing in this single clip.