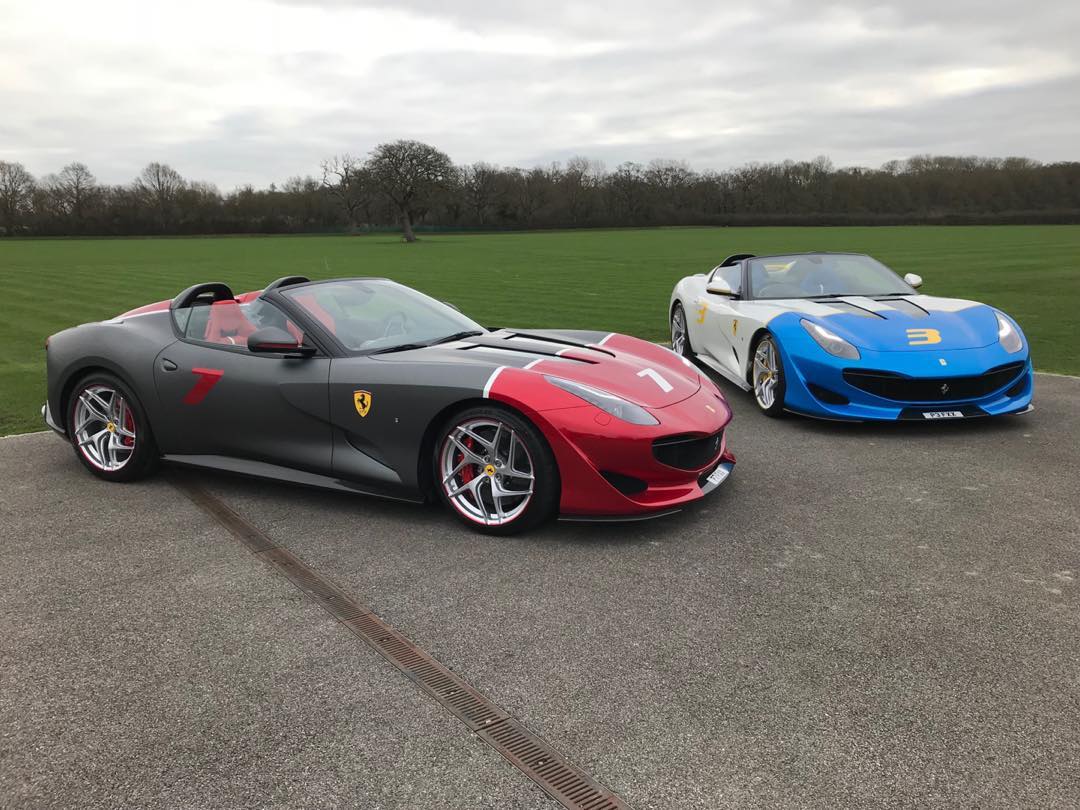 Just a month ago, a customer in England took delivery of a one-off Ferrari SP3JC. Now, the same person has got himself another SP3JC.

The two cars have been commissioned by John Collins (hence the initials ‘JC’) – owner of Talacrest, a dealer specializing in classic Ferraris. The left-hand drive car is finished in matte grey with gloss red livery.

The first SP3JC which was delivered in November last year and is finished in Bianco Italia with a Azzuro Met & Giallo Modena livery. It is a right-hand drive model and will remain in Britain. On the other hand, the matte grey car is a left-hand drive car. According to Collins, he ordered the it so that he could do some “continental driving”.

According to the owner, it’s the first time Ferrari has finished a car in a combination of matte and gloss paint scheme. Besides the different finishes and liveries, the two cars are identical. They have the same wheels that are borrowed off the 812 Superfast. While the blue car features the number 3, the matte grey car has the number 7 livery on it.

The SP3JC is based on the F12tdf and has been thoroughly tweaked by Ferrari’s styling department. The special project car features a removable hard top, a new front fascia and a transparent bonnet that shows off the the car’s mighty V12. The rear end is also unique and features quad tail lights and a more aggressive carbon diffuser. The vents on the sides have also been tweaked.

While the styling has received some heavy updates, the SP3JC is powered by the same 6.3-liter V12 engine from the F12tdf. It makes 769 hp and 520 lb-ft of torque and comes paired with a 7-speed dual-clutch transmission.