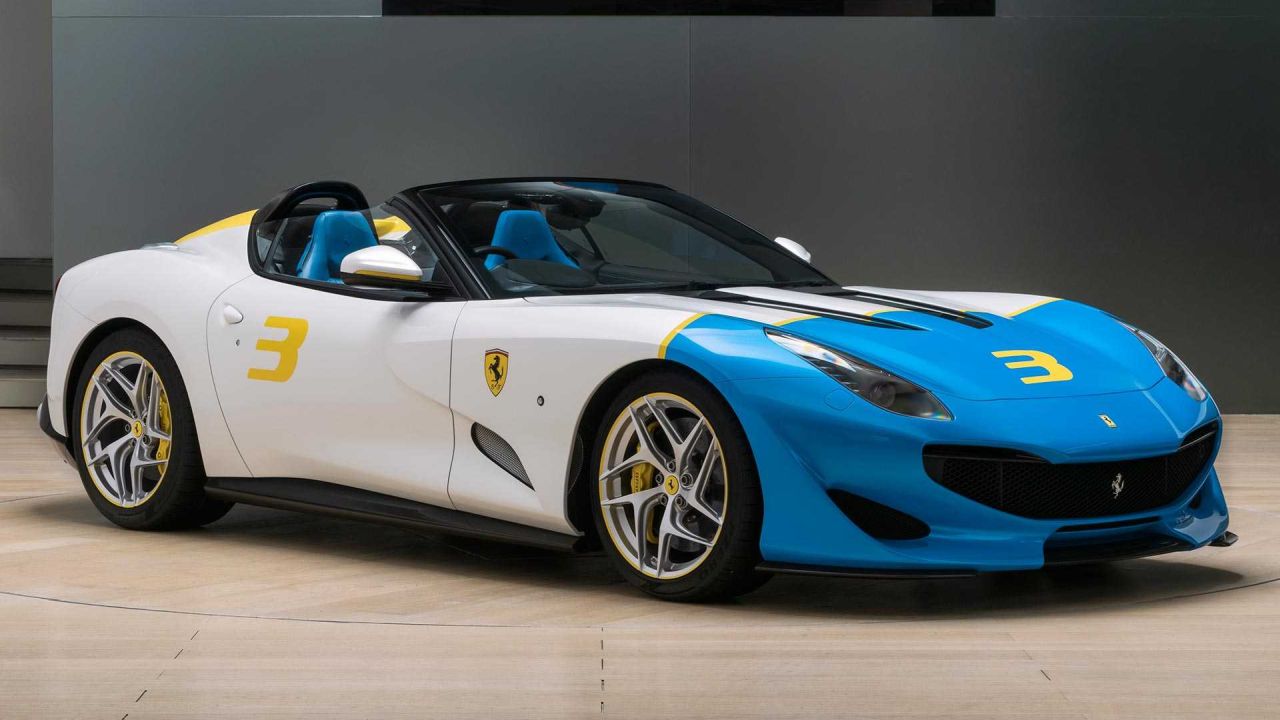 Ferrari has built a one-off F12tdf for one of their special customers. The Ferrari SP3JC will call Britain its home.

Those familiar with Ferrari nomenclature will know that ‘SP’ stands for ‘Special Project’. John Collins – the British dealer who specializes in classic Ferraris commissioned this car and hence the initials ‘JC’.

It was believed that the Ferrari SP3JC was based on the 812 Superfast. However, it has the running gear from the F12tdf.  While the styling has been tweaked, the biggest change is the removable hard top. The car has a new front fascia and a redesigned bonnet. The vents on the sides have also been tweaked. The rear end is unique and features quad tail lights and a more aggressive carbon diffuser. The SP3JC is finished in a dual tone of white (Bianco Italia) and blue (Azzurro Met) with yellow (Giallo Modena) highlights.

The SP3JC is rocking the same 6.3-liter V12 engine from the F12tdf. It makes 769 hp and 520 lb-ft of torque and comes paired with a 7-speed dual-clutch transmission.