Delage – the French luxury automaker is back!

Entrepreneur Laurent Tapie, in collaboration with ‘The Friends of Delage’ will re-launch Delage Automobiles later this month. Their first supercar is called the D12.

The Delage D12 will be the automaker’s first model in 66 years. It is powered by a naturally aspirated V12 engine that is claimed to produce 900 hp. Combine that with a 330 hp electric motor, you have a 1230 hp machine that could rival the Aston Martin Valkyrie.

In fact, Delage claims that the D12 is the closest a road car will ever come to an F1 car. This is something we have heard not just from Aston Martin but from Mercedes-Benz as well. Moreover, the company has plans to set a Nurburgring lap record with D12.

“Delage cars deserve to be on the road and enjoyed for the unique craftsmanship they represent,” says Laurent Tapie, re-founder and CEO of Delage Automobiles. “The Delage brand embodies timeless elegance and trusted high-performance. It truly is the best of French engineering,” he adds.

The Delage D12 wil be unveiled at en event in Southern California later this month.

Note: This information comes from an official press release. An unnamed source was kind enough to share with us ahead of the launch. 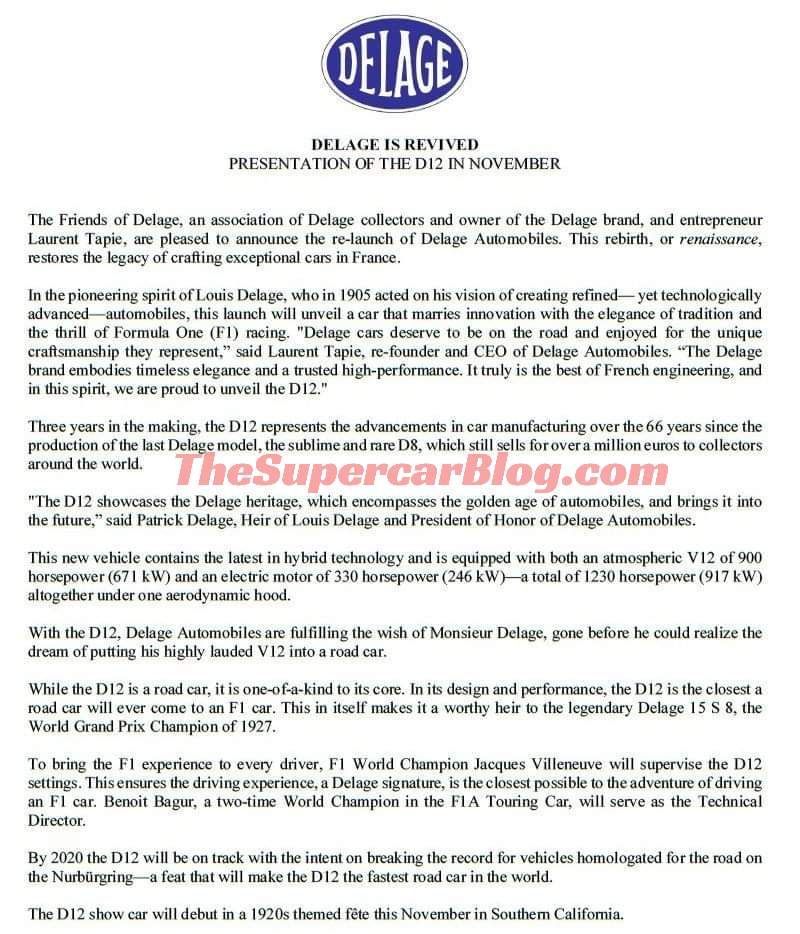