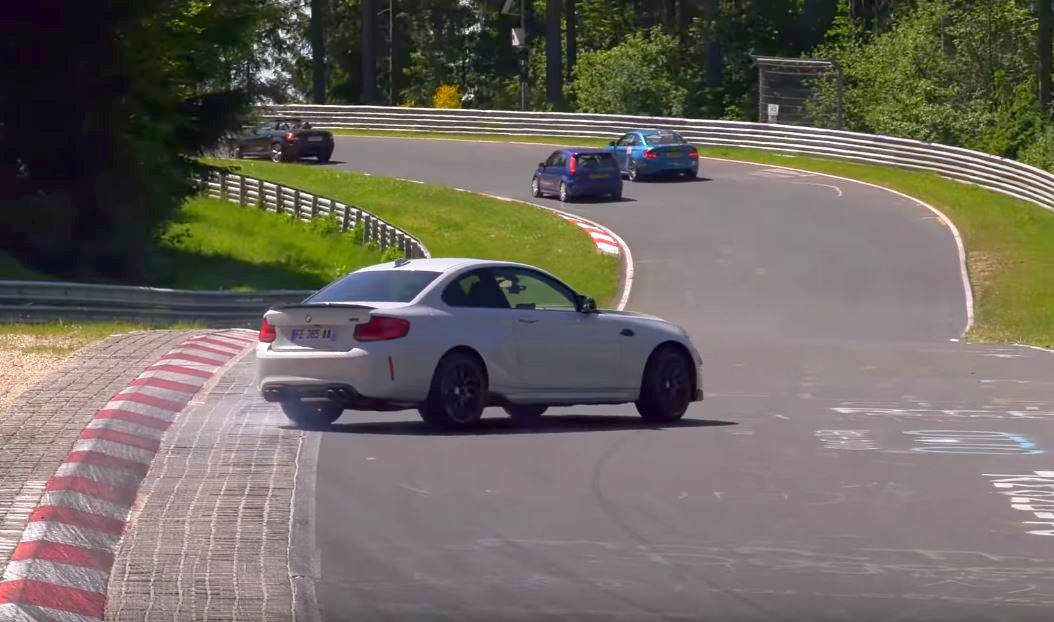 The owner of this BMW M2 Competition may not be pleased with his driving skills which led the sports car directly to the guardrails of the Nurburgring.

As part of the Touristenfahrten or Public Driving sessions at the Nurburgring racetrack, anyone with a valid driving license is allowed to have a go on the Green Hell. This BMW M2 Competition owner got a bit too excited with the prospect of putting a solid lap time and it ended badly for him and the car.

The first signs show up at 4:22 where the BMW coupe enters the frame going sideways accompanied by tire squeals. The driver corrects and places the car on course, only to mess it up further at the next turn again. One more saving is needed and the M2 charges away. After a while a Honda Civic Type R does a 360 and misses the wall in the same section of the track. At 6:10 the BMW driver’s luck runs out. This time, things go wrong terribly, sending the M2 Competition spinning all the way to the guardrails, crashing into the barrier with full force. The front-end takes the hit, spins the coupe around and the rear takes the beating.

The video uploaded by Auto Addiction on YouTube is a 10-minute-long feast of the Nurburgring being attacked by all sorts of sports cars and even a bike with its sidecar off the ground often. Scroll to the 30-second mark to watch that scene. The kind of cars which are hitting the ring in this clip includes lots of Porsches, Mercedes-Benz, BMWs, Subarus, Tesla Model S, Chevy Camaro ZL1, an old-gen Mazda Miata, a Gumpert Apollo supercar and a yellow Ferrari 812 Superfast among others.

Our personal favorite must be the 1960s Ford Mustang convertible which was being driven around in a genuinely relaxed fashion as the cars around it were being pushed to the edge.