Ferrari’s next hardcore limited edition supercar has been spotted yet again. This time at the Nurburgring. The replacement for the 458 Speciale is taking shape even as we speak. It’s believed to be called the 488 GTO and according to some estimates could pack 700 hp.

Like the 458 Speciale, the upcoming 488 GTO will be highly tweaked version of the base car. The 3.9-liter twin-turbo V8 will gain new internals and increased turbo boost pressure for more horsepower and torque. That said, chassis modifications will be key to making the 488 GTO a true ‘GTO’. 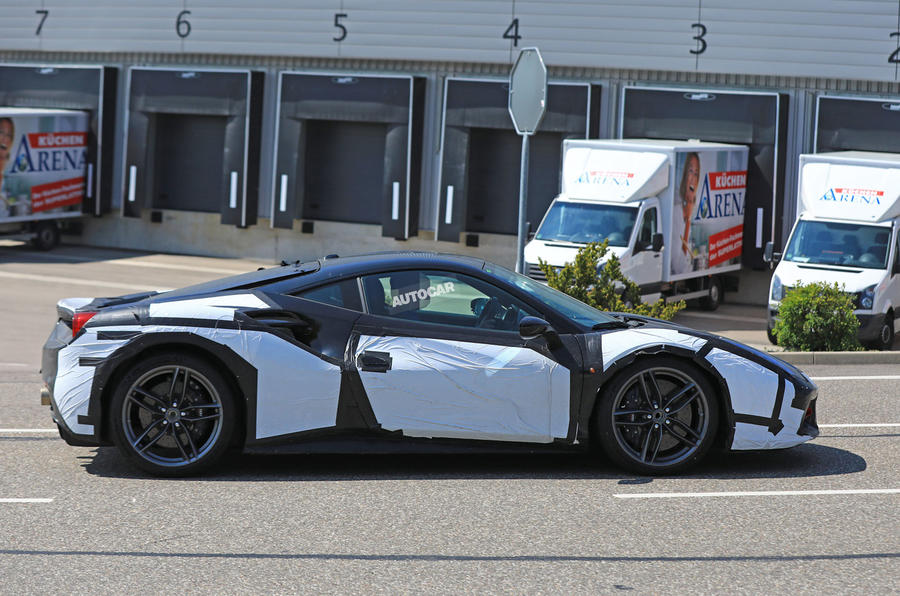 Furthermore, it will be a stripped-down version of the 488 with limited creature comforts. Don’t be surprised if you don’t find carpets or even a radio. Extreme saving measures would include a thinner glass for windows and windshield, lots of carbon fiber parts and forged wheels. Ceramic brakes will also be standard.

For all the latest on the 488 GTO, keep watching this space. In the meantime, read more about the 488 GTO’s rivals-

Ferrari 488 GTO spotted at the Nurburgring: