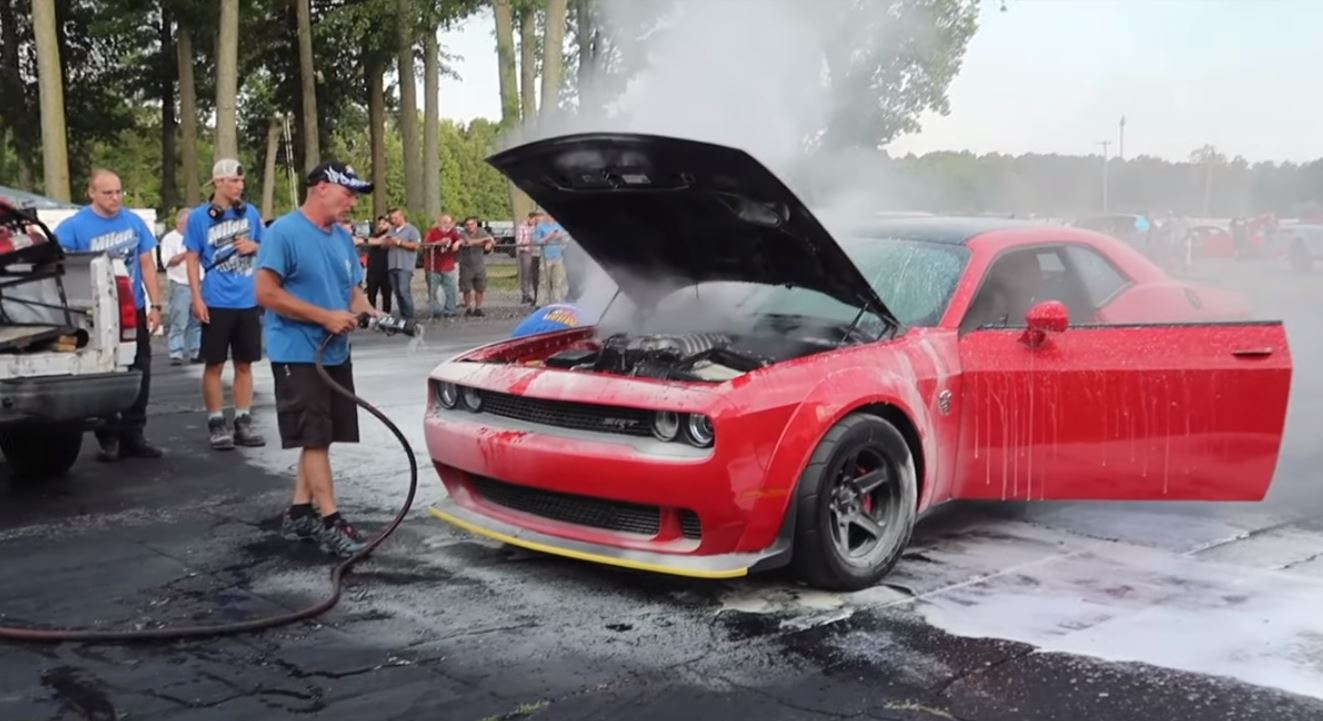 You’ve seen your share of Dodge Demon on fire videos? Here is one more and this one could’ve been saved much earlier if the marshal and owner hadn’t gotten into an argument.

YouTuber MotorTube has filmed this awful sight of a Dodge Demon going up in flames on a drag strip in Ann Arbor, Michigan. However, there is an argument between the owner and one of the marshals of the drag strip which makes matters worse for the muscle car.

Things start off with the owner doing a burnout to get the Demon ready for the quarter-mile run down the strip. While he is at it, a loud bang can be heard from the car’s powertrain, followed by flames which start licking the car from underneath.

The marshal comes to rescue with a fire extinguisher and tell the owner to shut down the engine. But for some odd reason, the owner doesn’t turn the Demon off. An argument ensues, because of which the marshal leaves the area. He returns to the scene and asks the owner to open the hood. Fortunately, the owner does so and adds that the car wouldn’t turn off despite his attempts.

The fire is gradually brought under control. A water truck arrives a few minutes later and finally, the fire is extinguished.

This particular Dodge Challenger Demon appears to be salvageable though. We are still baffled by how the owner has an “I don’t give a damn” look on his face during the entire duration of the incident.