The first image of the actual Senna LM is being shared over social media since yesterday. The first car that has arrived at a dealership is an orange spec. It has a carbon splitter, spoiler and side skirts. The car is sporting the 5-spoke centre-lock wheels too.

The Supercar Blog had first broke the story of the road-legal version of the Senna GTR last month. Back then, we had shared digital renderings of the car, which showed louvres on the front fenders and a roof scoop among other upgrades. 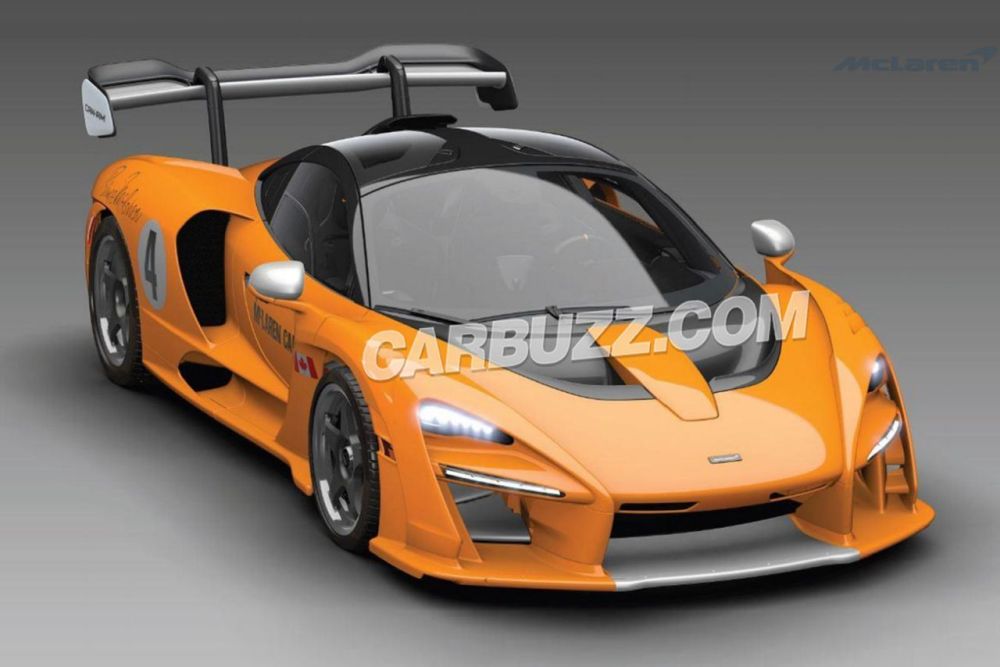 Later, it was revealed that McLaren was also building a special version of the Senna LM. Three Senna GTR chassis are being converted to the Senna Can-Am. The remaining 20 chassis will be converted to LM spec. The 4.0-liter, twin-turbo V8 engine from the regular Senna that has been tuned to produce 814 hp.

The Can-Am is expected to get a few visual upgrades including Bruce McLaren’s signature on the rear fenders. It is also expected to come with black Alcantara trim with Can-Am logo embroidered into the seat headrests, special door sills with details of the M8B’s race victories, black anodized accelerator pedal with the Can-Am logo, Liquid Silver door struts, orange door pull straps and a plaque with the production number.

The McLaren Senna LM is expected to retail for around $1.5 million.