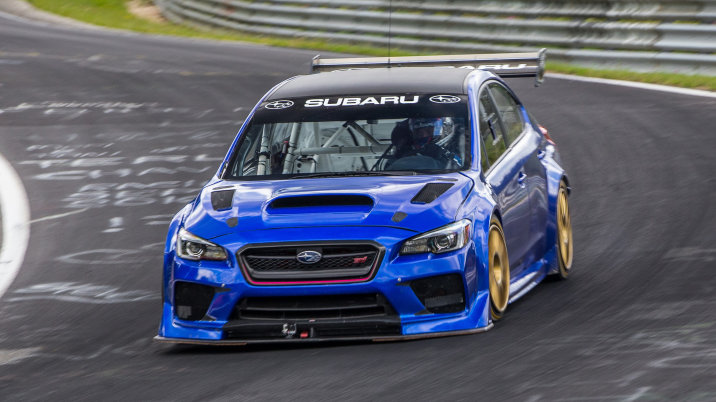 Subaru had showcased the WRX STI Type RA alongside the BRZ TS last month. It’s basically the same car that set a lap record at the Isle of Man TT, albeit with a host of upgrades. The 2.0-liter turbocharged boxer engine which produces over 600 hp, mated to a rally-spec sequential gearbox.

The aerodynamics package on the WRX STI Type RA generates 650 pounds of downforce at top speed. The driver can stall the rear wing at speed which basically works as a drag-reduction system. Running on slick tires, this clearly isn’t a road car.