Time to celebrate, Subaru fans in the US!

The Subaru WRX STI S209 will be battling with the new Toyota Supra at the 2019 Detroit Auto Show when it comes to grabbing eyeballs.

Beyond doubt, the new Toyota Supra will be the biggest draw at the 2019 Detroit Auto Show. But we’re sure that fans of Subaru will be more turned on by the sight of the all-new Subaru WRX STI S209 than the Supra resurrection. Subaru has been kind enough to drop a teaser image ahead of the big reveal. We’d have loved to have a couple more studio lights in “ON” state before the click button on the camera was pressed though.

But hey, teasers are supposed to tease and not reveal everything in one go, and from that perspective, this is a neat one. Though a lot of the details are hidden cleverly in the shadows, we do get a fair idea of the Subaru WRX STI S209 being heavy in the aero department, complete with a big rear wing. And that happens to be much larger than the spoiler sported by the Type RA. It’s hard to ignore the dive planes as well. 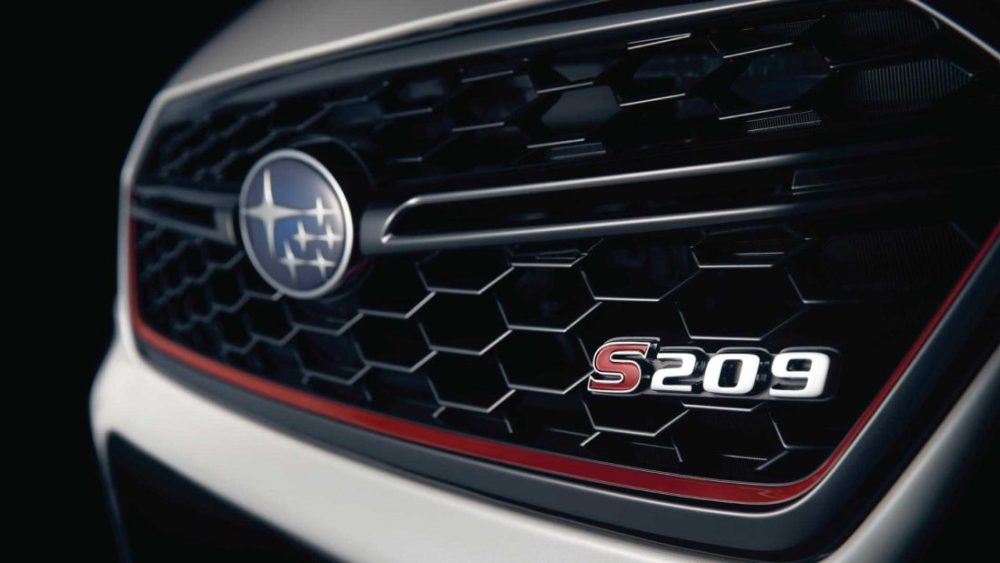 Everything else is a mystery until the S209 reveals itself in a few days from now at Detroit. We expect it to come with better brakes, adjustable suspension setup, along with a generous hike in power and torque compared to the standard STI which churns out 305 hp and 280 lb-ft. The S208 which was a JDM-only affair came with 324 hp and 319 lb-ft. So the S209 will pack more grunt than its predecessor for sure.

This car is going to create enough noise in the US market. Subaru had been stingy as far as releasing special edition WRX STIs in the North American market is concerned. The arrival of the WRX STI S209 is going to change that for the good.