Pagani is celebrating the 60th anniversary of the Frecce Tricolori with a very special, limited edition model called the Huayra Tricolore.

Pagani is building just three examples of the special Huayra. The price tag of one of these is €5.5 million before taxes and you can’t have one because it’s sold out. 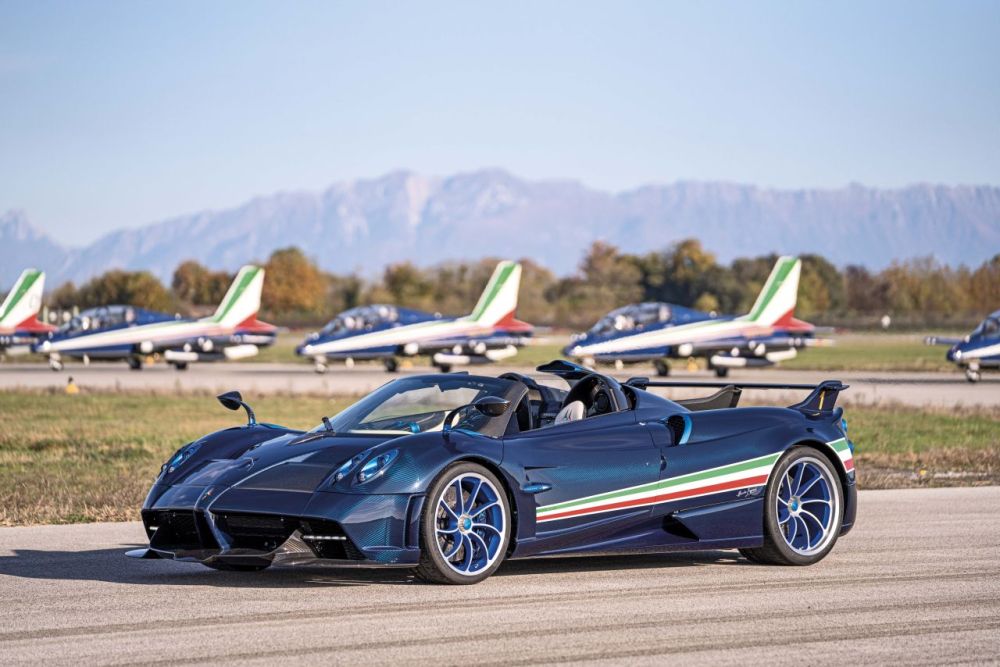 For starters, the Huayra Tricolore looks similar to the Huayra Roadster BC. But, Pagani has made a a few modifications. The front splitter is more pronounced, while front bumper has been redesigned. An air scoop helps the engine breathe better. Moving to the rear, the supercar has a fixed rear spoiler and an optimized rear diffuser that helps extract air form the underbody.

The rear wing supports are inspired by the tail fin of the Aermacchi MB-339A jet. In the center of the front hood there is a Pitot tube, the instrument that allows each aircraft to measure the macroscopic air speed and, therefore, determine the aerodynamic condition of the aircraft, indicated by the resulting dynamic pressure. 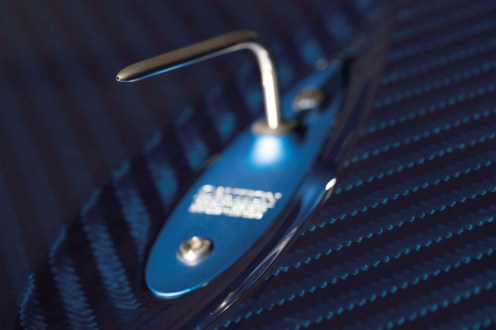 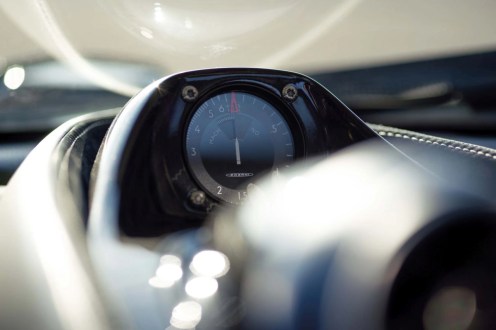 The materials used in the interior are also inspired by the planes of the National Aerobatic Patrol. All aluminium components are made from aerospace grade alloys and machined from billet, before being anodized in the distinctive blue color. The gear knob, carved from a single block of aluminium and carbon, is then milled through a five-axis numerical control center and finally hand polished with the special transparent treatment. The seat is wrapped in a 2-tone white and blue upholstery, just like the original Zonda Tricolore. There are emblems of the Frecce Tricolori and an anemometer on the centre console.