The $1.12 million, limited edition was shown off to its prospective Middle East clientele at the Dubai Autodrome.

The Nissan Italdesign GT-R50 is one of those modern-day limited edition cars which are bound to become priceless classics in the future. Only 50 examples of the supercar will be built by Italdesign and at $1.12 a piece before taxes and options, the GT-R50 is not going to fit into everyone’s purchase plans.

Nissan thinks that there are dozens of prospective buyers in the Middle East who are ready to add the bespoke car with that radical design and active rear wing to their garages. As part of the world tour post its debut at the Goodwood Festival of Speed, the Nissan Italdesign GT-R50 arrived at the Dubai Autodrome recently. 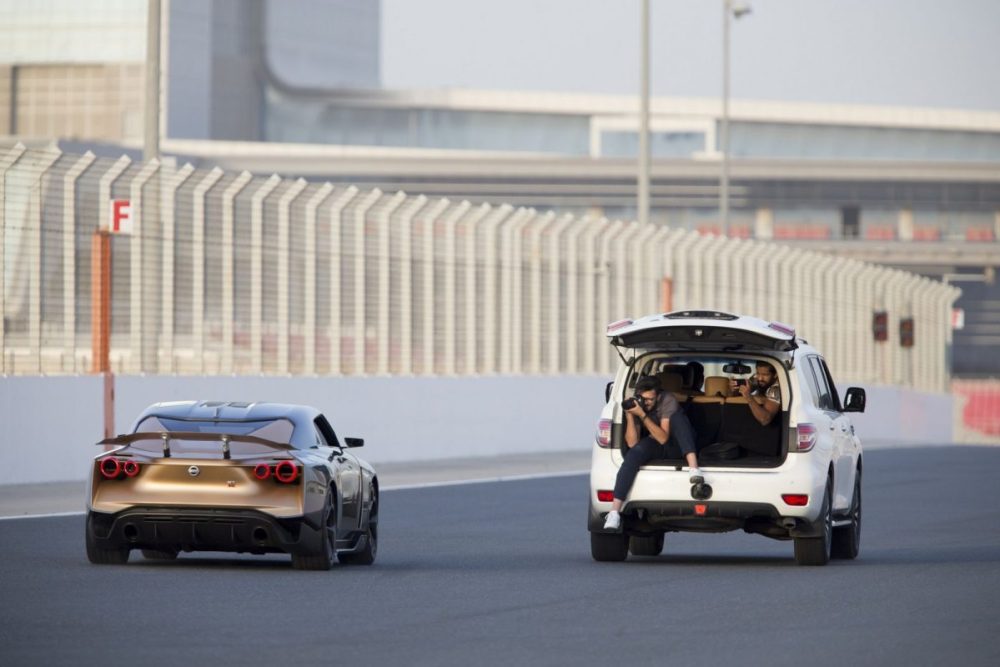 The manufacturer chose not to reveal how many orders it received from the market after the demonstration. But given how many affluent supercar collectors are there in the oil-rich part of the globe, a handful of GT-R50 examples will drive into garages in the Middle East once deliveries begin.

Production was green-lit in December 2018 and the units will come powered with a tuned twin-turbo 3.8-liter V6 which produces 710 hp of power and 780 lb-ft of torque. Revisions enabling the higher power and torque figures include bigger turbochargers and all-new internals.