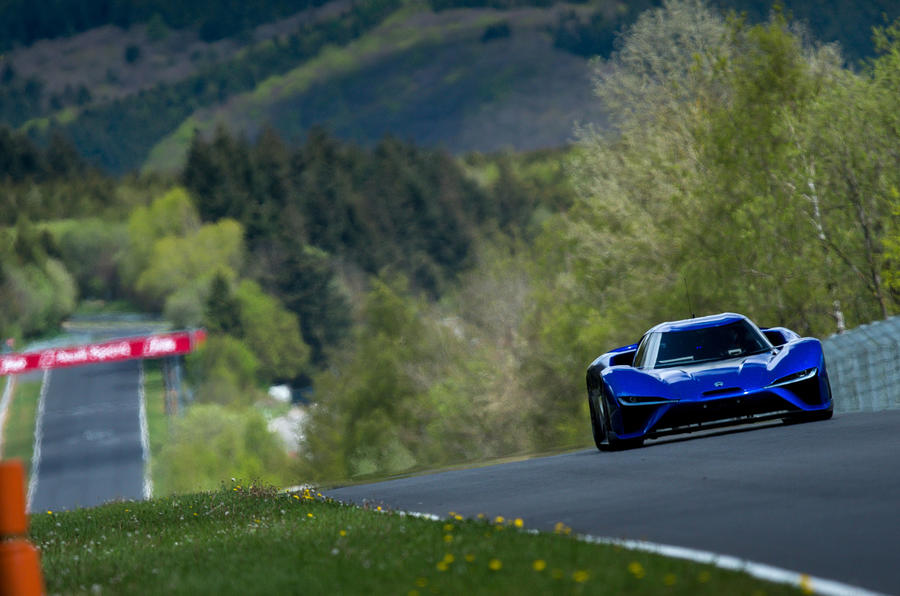 NextEV’s Nio EP9 broke the previous Nurburgring lap record held by the Radical SR8LM by 2.1 sec. The Nio EP9 set a lap time of 6 min 45.9 sec. However, that’s still 35 seconds off the fastest ever lap of the ‘Ring which was set by Stefan Bellof in a Porsche 956 back in 1983.

That said, the 7 min 5 sec lap set by the Nio EP9 earlier remains the fastest every lap of the circuit by any electric car.