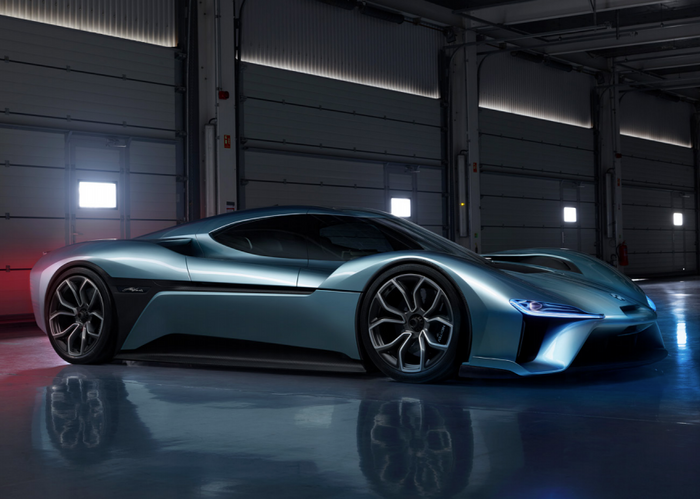 Chinese startup NextEV revealed their first electric supercar in November last year. The Nio EP9 has already been around the Nurburgring in record time. Now, the world’s fastest electric car just set new records at the Circuit of the Americas.

Out of the two records set at COTA over the weekend, one was set with no driver at the wheel. That’s right, the Nio EP9 became the first autonomous car to lap COTA. It registered a lap time of 2 min 40.33 sec and was able to achieve a top speed of 160 mph.

That doesn’t sound much, but the fact that it can navigate the course on its own is a great achievement in itself.

The NextEV Nio EP9 also set a lap time with a professional driver at the wheel. It did it in 2 min 11.30 sec with a top speed of 170 mph. So, in the hands of a trained driver, the Nio EP9 is much quicker. It also means that the fastest production car to lap COTA is an electric car.

To know more about the world’s fastest electric car checkout our earlier post about the NextEV Nio EP9.