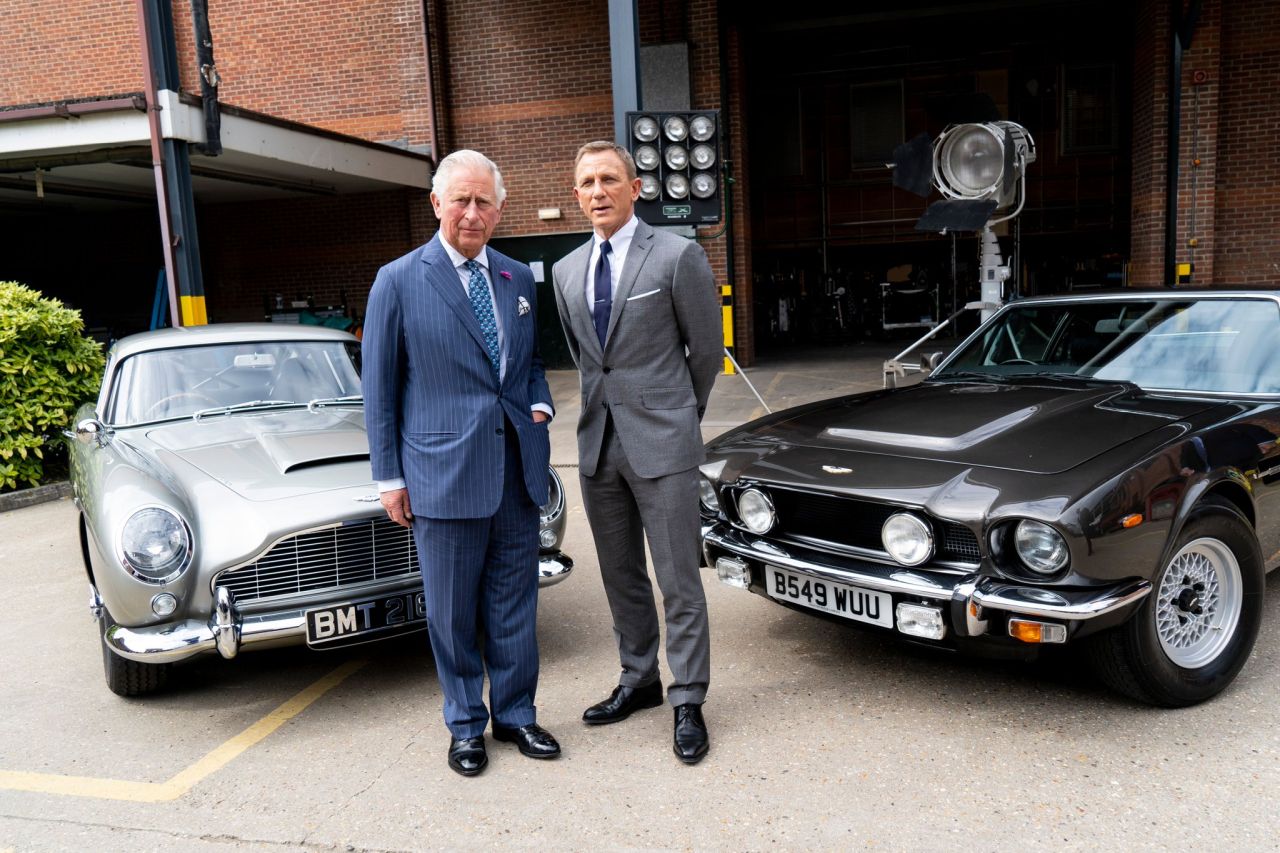 The upcoming James Bond spy flick will have a load of Aston Martins including classic DB5 and V8, along with the latest Rapide E (yet to be confirmed) and the absolutely mental Valhalla!

The next James Bond movie will be Daniel Craig’s last outing in the titular role and the producers are leaving no stone unturned in giving him a proper send-off. From what we picked up at the Aston Martin Twitter handle, the next instalment in the spy flick franchise will have a load of Aston Martins for Mr. Bond to drive around, including the recently christened, mid-engined Aston Martin Valhalla supercar.

The Twitter update confirmed that the timeless DB5 which is the quintessential Bond car from the days of Sean Connery, the V8 from The Living Daylights of the Timothy Dalton era and the latest Aston on the block – the Valhalla – will star in Bond 25. The announcement coincided with the Pinewood Studios set visit made by Prince Charles. The Prince of Wales also took the time to pose with Daniel Craig, as the DB5 and the V8 formed a terrific backdrop.

Today HRH The Prince of Wales toured the #Bond25 sets @PinewoodStudios. The Prince was introduced to cast Daniel Craig, Ralph Fiennes, Naomie Harris, Lashana Lynch and director Cary Joji Fukunaga. On display were two @astonmartin cars, that will feature in the film. pic.twitter.com/VMu8S4CFhi

We’re not sure yet on how much the AM-RB 003… sorry… the Valhalla will be involved in the chases and stunt sequences. But since we got to see a scintillating, action-packed chase in Spectre with two exotic cars, it’s not too far-fetched to have the Valhalla be a part of something exciting in the movie. We’d be happy to have it even driving up to drop off a rather gorgeous Bond girl at a Casino too.

Developed in collaboration with Adrian Newey and Red Bull Advanced Technologies, the Valhalla was designed to be a practical everyday supercar. Those doors which open taking a section of the roof with them should take care of the ingress and egress in a long party dress. Plus, there are lots of storage spaces inside. Just in case.

With around 1,000 horses churned out by the hybrid powerplant, the Valhalla will be quite useful in the event of a hasty exit followed by men carrying assault rifles in black SUVs. But as production is limited to 500 units, the Q branch won’t be happy if Mr. Bond doesn’t return the supercar in one piece. That is if they were the ones who issued it in the first place.