McLaren has taken the wraps off its latest limited edition hypercar. The McLaren Speedtail is the successor to the legendary McLaren F1. Only 106 examples will exist and all have already been spoken for. The price? A cool $2.2 million before taxes. 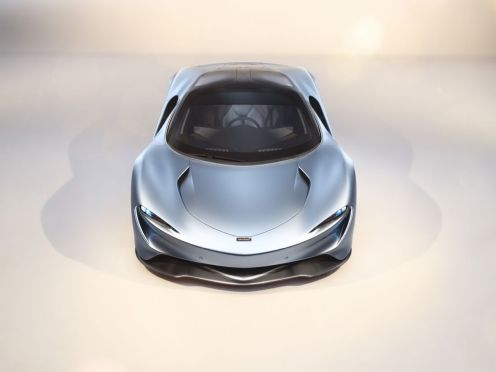 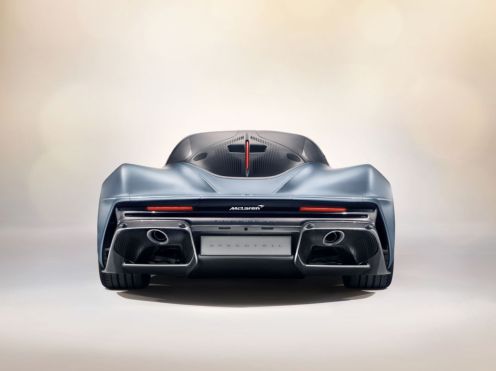 The Speedtail is based on a unique carbon fiber Monocage structure with the engine mounted behind the passenger compartment. Like the F1, the Speedtail has a central driving position with two additional seats on either side. The streamlined exterior with its teardrop-shaped canopy is designed for low drag and a higher top speed. The car measures 5.2 meters in length and is claimed to be the most aerodynamically efficient McLaren road car. 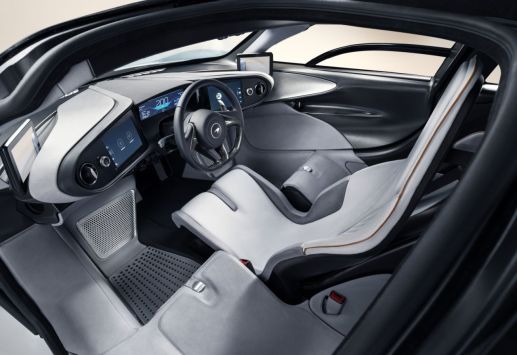 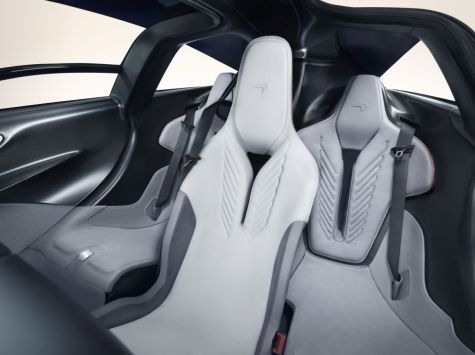 The front of the car looks undramatic to say the least, it does feature static aero-covers on the front wheels, retractable digital rear-view cameras and active rear spoilers that made from patented flexible carbon fiber and operate in a similar fashion as the Pagani Huayra’s rear wings. The car features double-skinned, power-operated dihedral doors with a split window. The windshield is actually made of electrochomic glass which darkens at a touch of button – a modern take on sun visors.

The McLaren Speedtail is powered by a petrol-electric hybrid powertrain with a combined output of 1036 hp. As reported by us earlier, the Speedtail can accelerate from 0-186 mph (0-300 km/h) in 12.8 seconds. Its top speed is 250 mph (403 km/h). To achieve this, the driver has to engage the ‘Velocity’ mode, which lowers the car by 35 mm and optimizes the active aerodynamics and the powertrain. This 17 feet long hybrid supercar weighs just 1430 kg dry! 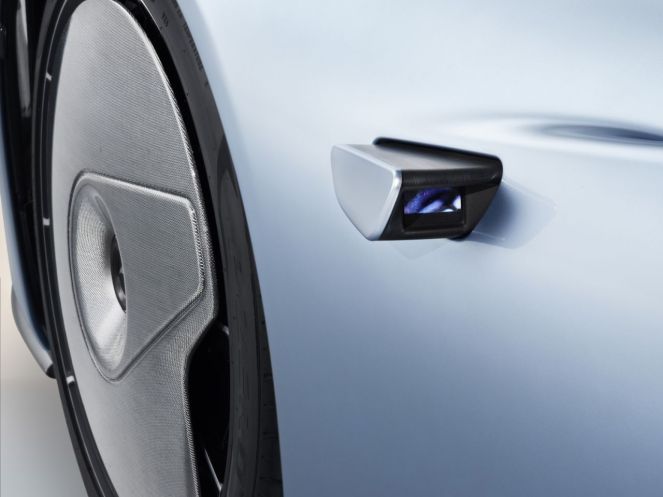 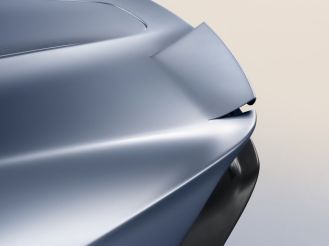 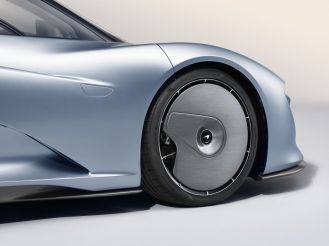 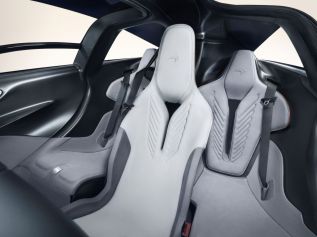 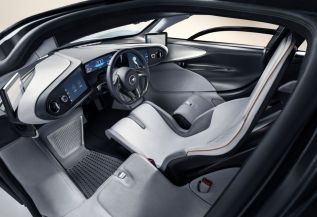 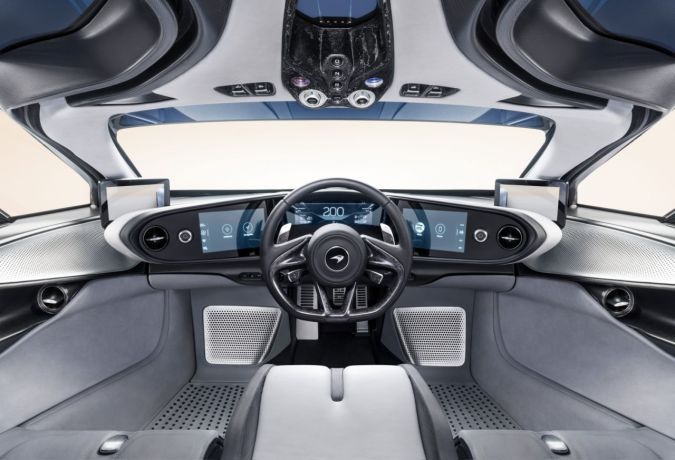 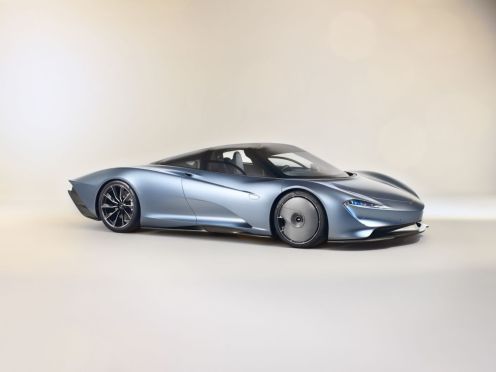 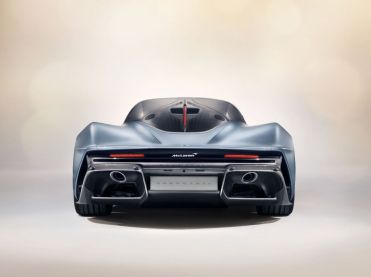 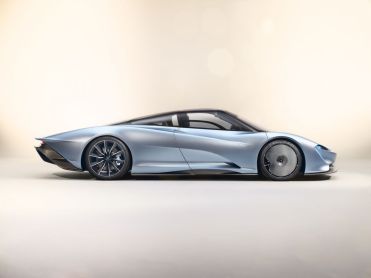 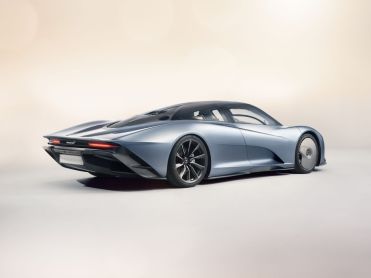 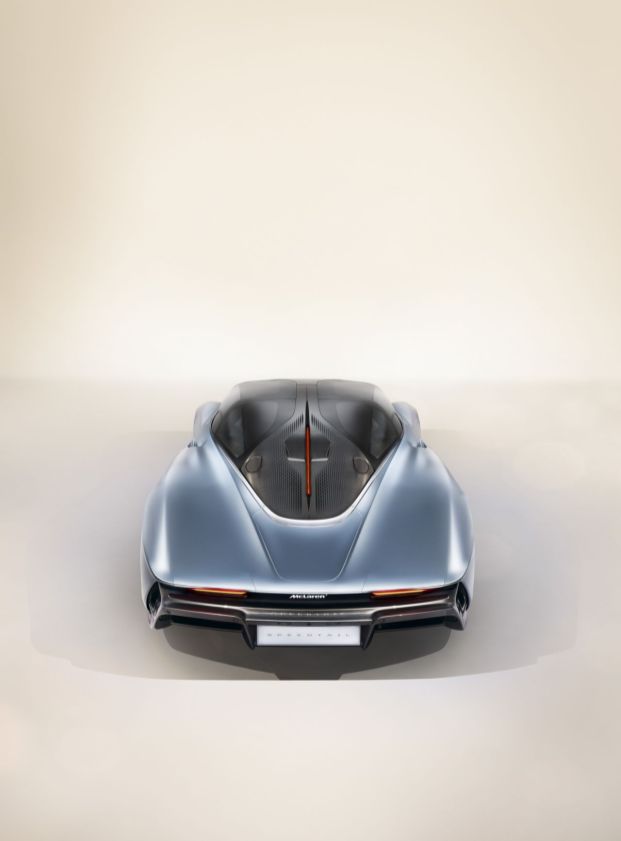 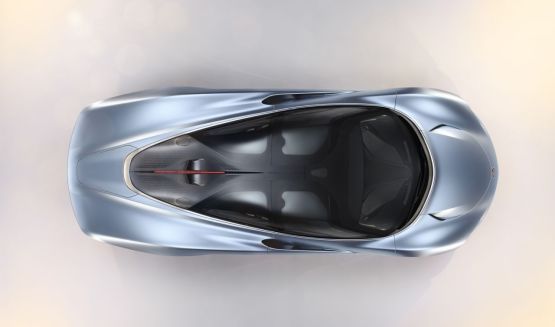 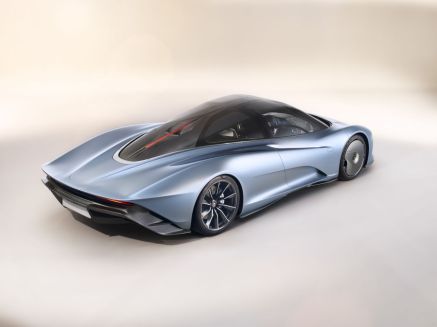