Manny Khoshbin’s Bugatti Veyron Mansory Linea Vincero d’Oro is for sale. The asking price for this one-of-a-kind Veyron hasn’t been made public but we can assume that it isn’t cheap.

The limited edition Linea Vincero by Mansory cost around $1 million over the sticker price of the Veyron. It is based on a 2008 Veyron and features a full carbon fiber exterior with gold accents. Hence, the name Vincero d’Oro. 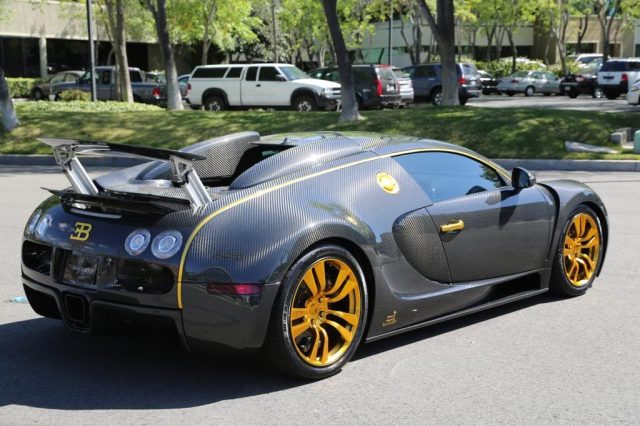 The interior of the car is also unique with white leather upholstery which has gold details to match the exterior. There’s more carbon bits on the steering wheel and on the center console.

Under the skin, the Veyron Mansory Linea Vincero uses the stock engine form the Veyron. The 8.0-liter quad-turbo W16 engine puts out 1001 hp but a custom exhaust on Manny’s car adds another 108 hp. Keeping with the gold theme, the Vincero d’Oro rides on custom gold finish wheels. 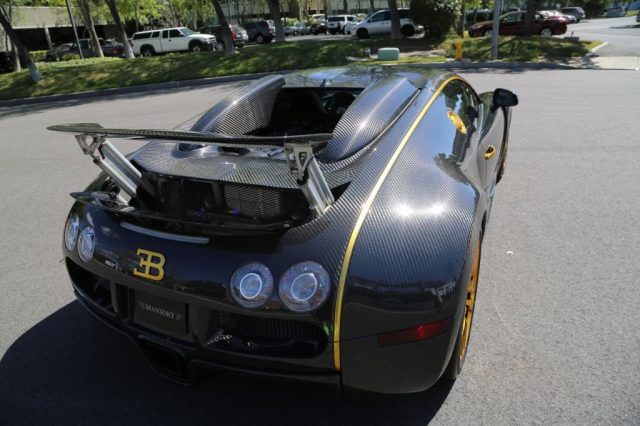 Manny confirmed his intentions of selling his Veyron Mansory on social media. With a few new supercar lined up, he had to create space for the Koenigsegg Agera RS Gryphon which is also finished in the same carbon and gold theme of the Vincero.

Meanwhile, he is one of the few who have got an allocation for the McLaren Hyper GT and the Mercedes-AMG Project One