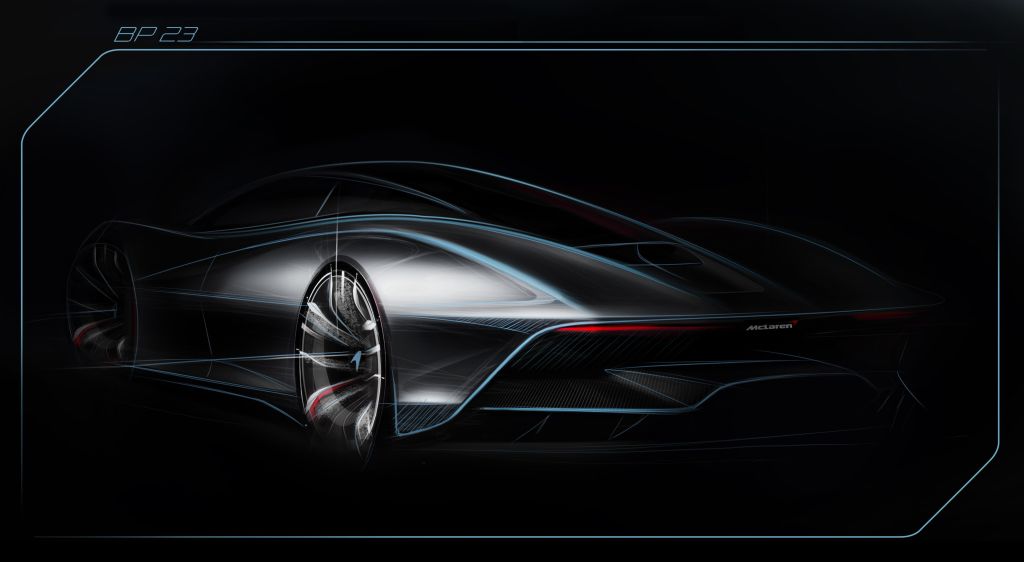 McLaren has released a new sketch of their much awaited three-seat luxury Hyper GT supercar. The latest rendering gives a good insight into what we can expect as far as looks are concerned.

Along with the digital sketch, the press release sent out by McLaren confirms that the Hyper GT supercar will use a hybrid powertrain. It will also be the most aerodynamic McLaren road car ever.

It further goes on to state that, only 106 units of the Hyper GT will be built. Each of them are bespoke creations of McLaren Special Operations (MSO). Sadly, all 106 of them have been already sold. So, if you were planning on ordering one, it’s too late. According to McLaren the development of the Hyper GT codenamed BP23 is currently underway at McLaren Special Operations. The limited edition model will join the P1 as the second ‘Ultimate Series’ model.

Also, like the legendary McLaren F1, the Hyper GT will have three seats. It will be more of a luxury cruiser than an all-out track car.

The first McLaren Hyper GTs will be delivered in 2019. Manny Khoshbin is believed to be among the lucky owners and we hope to get more updates about his car in the months leading up to delivery.