He couldn't pick just one!

Somebody in Scotland had loads of money and couldn’t decide which body style of the Aston Martin Vanquish Zagato to pick. So he bought all four!

Mr JWW – one of the most popular car channels on YouTube – got an opportunity to visit the Aston Martin HQ to take a look at not one, but four Aston Martin Vanquish Zagato cars which were ordered by a customer from Scotland. That’s some kind of Christmas gift, we must say. And that too when we got to settle for a bottle of wine and a slice of chocolate cake this holiday season. Lesser mortals!

The customer being a friend of Mr JWW, sent the channel host to cover the cars at the Gaydon facility of the British carmaker, where he got to meet the Director of Design and chat a bit about the Vanquish Zagato. We have no intentions of spoiling anything here. Scroll down for the 18-minute video. 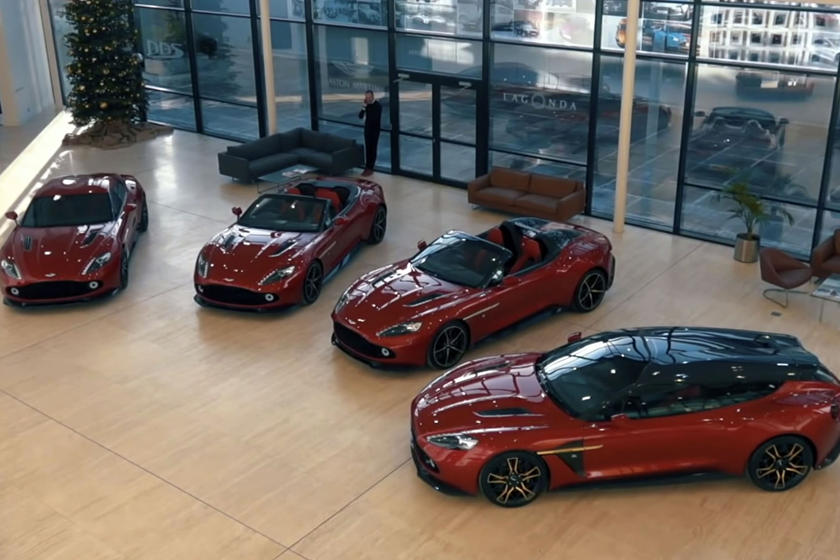 Being offered in four body styles – the coupe, convertible Volante, Speedster, and the Shooting Brake – the Vanquish Zagato is a stunner in all forms. 99 of each body style will be made, except for the Speedster which will be rarer and more exotic with a production run of 28 cars. Power for the Vanquish S-based exotic machine comes from a glorious naturally-aspirated 5.9-liter V12 that belts out 580 hp of power.

All cars in this customer order come in Lava Red color with gold accents – the same finish with which the Aston Martin Vanquish Zagato made its debut in 2016 in the coupe body style. The whole exercise turned out to be a farewell gift for the Vanquish, which is being replaced with the DBS Superleggera as the flagship model of the brand.

In case you’ve turned green with envy, here’s an update to turn you a shade darker. The customer has also ordered an Aston Martin Valkyrie. Mike drop!