One car to mark each hour of the 24 Hours of Le Mans!

The Aston Martin DBS 59 commemorates the iconic one-two Le Mans finish from 1959 and the makers have plans to build 24 units of this limited edition Superleggera.

Back in 1959, the Aston Martin DBR1 clinched the first and second overall positions at the 24 Hours of Le Mans. Fast forward to 2018, the British carmaker is building 24 examples of the Aston Martin DBS 59 to celebrate that iconic race car and the glory that it brought home. Yep, that’s one car to mark each hour of the endurance race.

Based on the Aston Martin DBS Superleggera, the DBS 59 will be built by the Q branch, after being commissioned by Aston Martin Cambridge. Finished in racing green paint, the DBS 59 gets a truckload of shining carbon-fiber on the roof, roof strake and hood louvers. The grille, spoiler, brake calipers and wheels have been garnished with bronze accents. It’s one hell of a looker and very British, bumper-to-bumper. 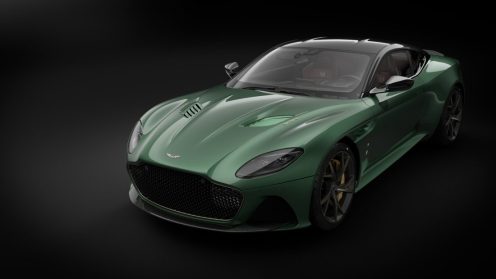 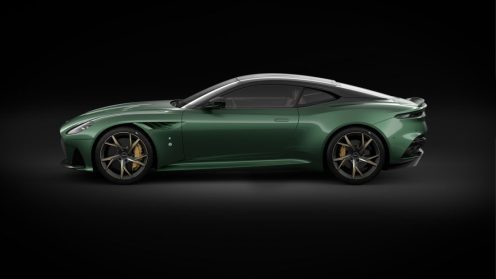 The DBR1 race machine influence can be seen inside the car too, as Obsidian Black and Chestnut Tan leather adorns most of the living room.  The seat backs and door inserts have fabric inspired by the DBR1 seat material. The rear compartment has Saddle Leather Helmet Pods to accommodate those exquisite DBS 59 crash helmets. There is also ample room for the period-correct race suits and gloves which come with the special edition DBS. Q by Aston Martin really wants DBS 59 owners to win the next cosplay party. 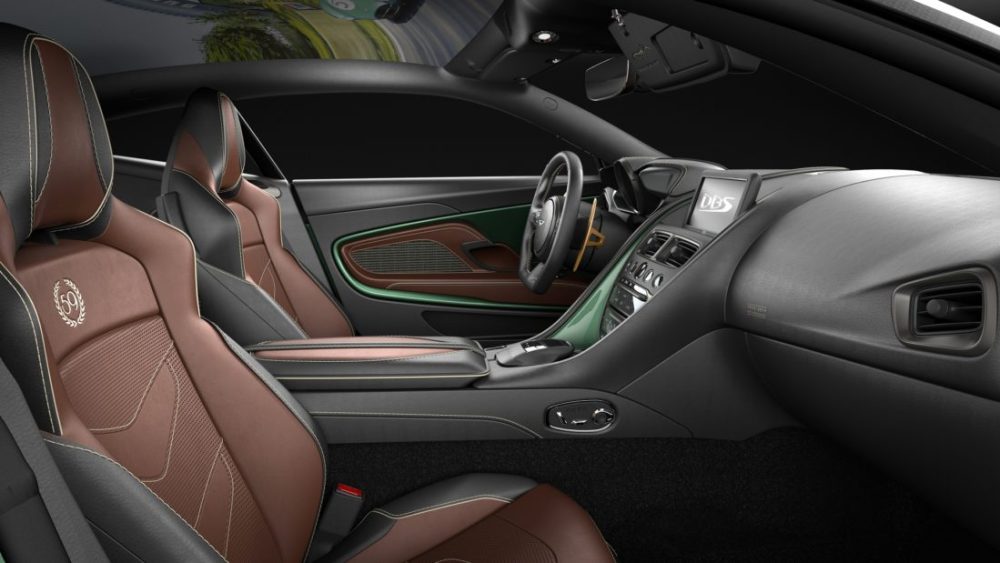 The Aston Martin DBS 59 loves cameras as much as the Valkyrie. Need proof of that? Check out our post with the new official images of the hypercar.

A sneak peek of what’s under the engine bay reveals the 5.2-liter V12 engine which belts out 715 hp of power and 663 lb-ft of torque. Mated with an 8-speed automatic transmission, the DBS 59 can do 0-62 mph in 3.4 seconds and clock 211 mph on a smooth and long stretch of tarmac. It’s all standard fare without any additional bells and whistles.

Aston Martin DBS 59 customers will be getting a two-piece luggage set which matches the interior of the car. A special car cover bearing the production number of each DBS 59 will be provided as well.

One may ask, how much will it cost to get the car and the goodies? Aston Martin Cambridge would love to reveal the price to you in person than announcing it in public. Oh… that’s cold!