The first images of the Aston Martin V12 Speedster have leaked online.

The Supercar Blog was the first report about the Speedster back in September 2019. Now, here’s the car in all its glory. 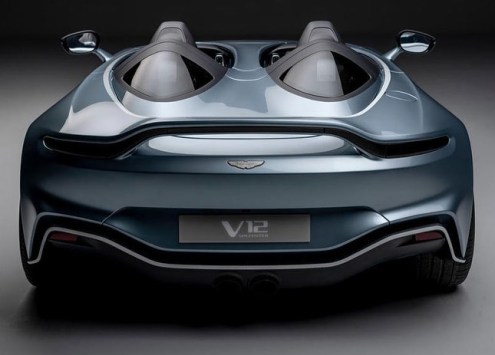 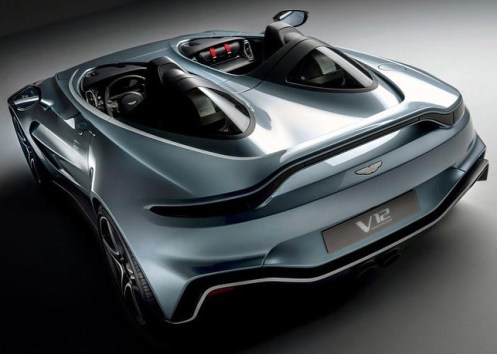 The V12 Speedster is inspired by the 1959 DBR1 that raced at Le Mans. The design appears to be an evolution of the new Vantage. It has large, low-slung grille with vents on either side and louvres on the fenders. The rear fascia looks similar to the Vantage apart from the fact that there’s no back window. The tail lights form an integrated rear spoiler, which is also a neat design feature. 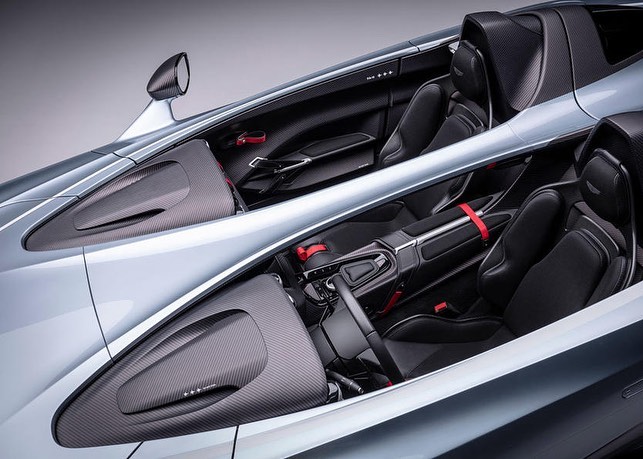 The new Speedster is likely to be powered by a 5.2-liter, twin-turbo V12 engine. In the DBS Superleggera, this engine makes 715 hp and 664 lb-ft and is be paired with a ZF 8-speed automatic transmission.

Reports suggest that only 88 cars will be built. While, Aston Martin hasn’t disclosed the price yet, it is estimated to cost around $1 million.