The CEO of Lamborghini has admitted that the company is considering a modern-day revival or a successor for the gung-ho LM002 “Rambo Lambo” truck.

The Lamborghini Urus wasn’t the SUV that many purists expected to come out of the Italian supercar manufacturer’s drawing boards. The Urus turned out to be a cash cow for the company and is quite a looker unless it’s customized by someone like Kanye West. His Lambo SUV has an uncanny resemblance to the Pontiac Aztek because of the bizarre choice of wheels. Anyway, coming to the main story, Stefano Domenicali, the Lamborghini CEO has mentioned in an interview with MotorTrend that the carmaker is looking into the feasibility of a proper spiritual successor to the legendary LM002 a.k.a Rambo Lambo a.k.a Lamborghini Truck.

In a production period in the calendar range of 1986–1993, around 300+ Lamborghini LM002 SUVs were built. They weren’t well-received and hence the plug was pulled on the Rambo Lambo. The focus was redirected to high-performance cars then. Yes, Lamborghini took the right decision, though it may have hurt the feelings of enthusiasts who believed that the Lamborghini Truck should have got more chances than one to prove itself. 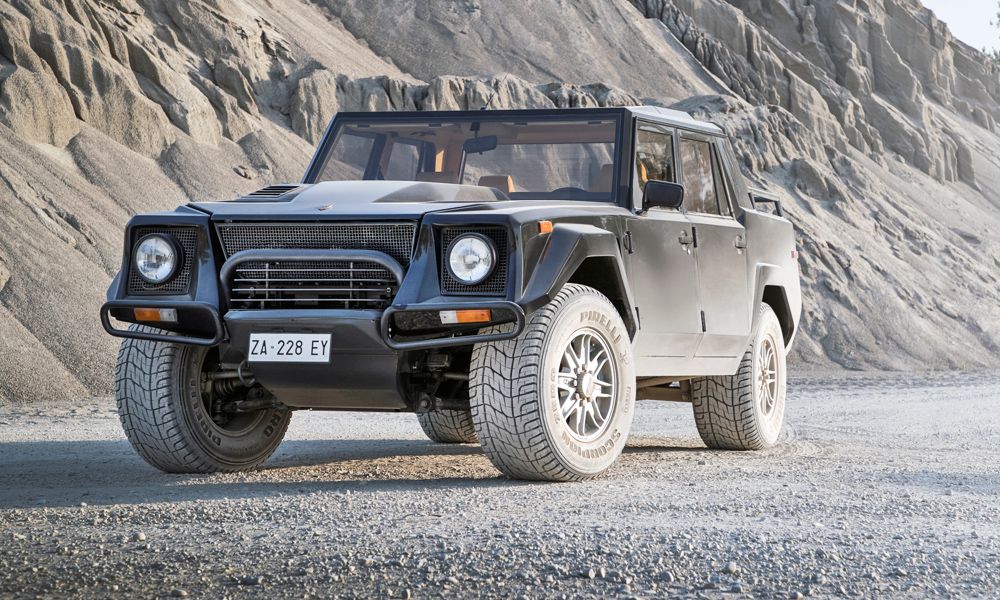 Anyway, decades passed and now we are living in an age where every luxury and performance carmaker has got an SUV or a crossover in its brochure. A “high-riding product” in the range instantly guarantees strong sales and profits to fund the more bonkers plans like making the fastest production car around the Nurburgring. That’s why even Lamborghini, Ferrari, Rolls Royce, and Porsche are in different stages of the SUV game as we speak.

Lamborghini currently runs a three-car range with the Aventador, Huracan and the Urus. With a more hardcore SUV which bears the spirit and essence of the hyper-rare Lamborghini LM002 joining the lineup, they could turn the cannons on an entirely new set of rivals. As the existing examples of the LM002 are already fetching huge sums at auctions, it’s clear that there is an exciting market for a more hardcore off-roader with a Lamborghini badge slapped on it.

Our thoughts? Just do it, Lambo. Back in the day, you guys were mad enough to shove the Countach’s naturally-aspirated 5.2-liter V12 engine into the Lamborghini LM002 Truck. We really want to see that kind of madness again from you.