You may have heard numerous stories of drivers crashing their brand new supercars just minutes after taking delivery. Well, this is almost as unfortunate and tragic.

According to media reports, this Lamborghini Huracan Performante Spyder was wrecked just 20 minutes after it left the showroom. The supercar had stopped on a highway in West Yorkshire, UK, due to a mechanical issue when a van plowed into it from behind. The van driver reportedly suffered minor head injuries in the crash. 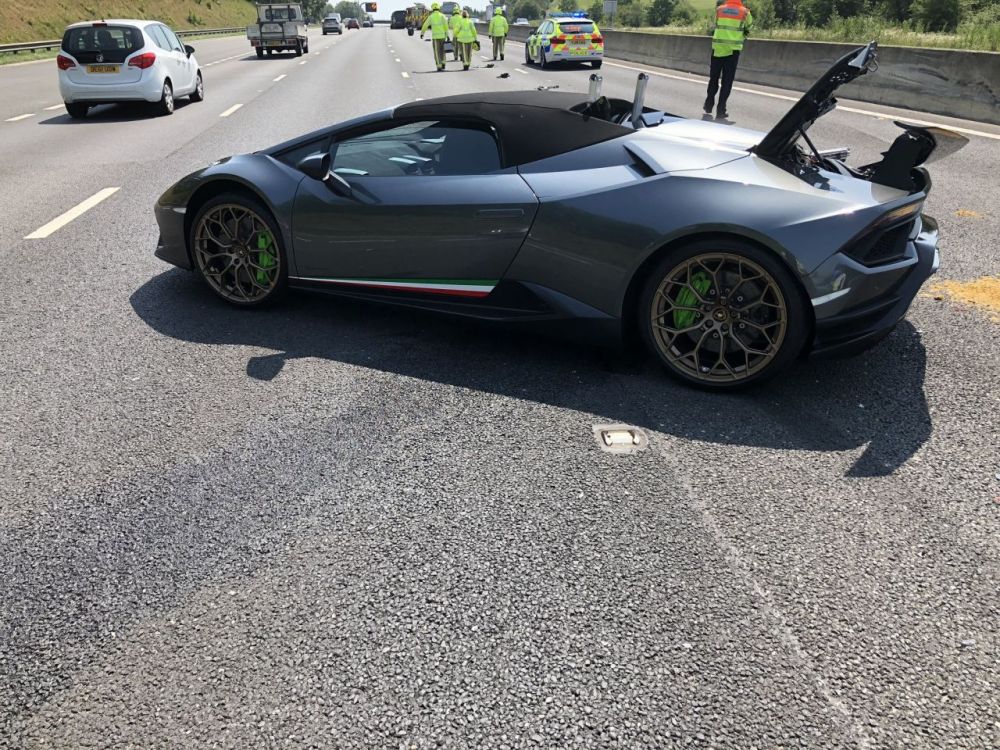 The Huracan Performante Spyder was unveiled in 2018. The car adopts Lamborghini’s active aerodynamics system that debuted on the Aventador SVJ. It is powered by a 5.2-liter V10 engine that produces 640 hp and 442 lb-ft of torque and is mated to a 7-speed dual-clutch transmission.