The upcoming Aventador S has been teased yet again in a new teaser video released by Lamborghini. The latest video talks about Lamborghini’s iconic design. It touches upon the evolution that the Aventador has undergone since it was first revealed in 2011.

In the last 5 years, the Aventador has spawned a couple of models including the Aventador SV and the Aventador J concept. The new Aventador S will be the next step in the evolution of the supercar. It promises a thoroughly revised exterior styling with a reworked V12 engine underneath.

Lamborghini has released a short teaser video hinting at the upcoming Aventador S. The new model is due to arrive in January 2017 completing the Aventador lineup.

Lamborghini has already filed a trademark application confirming the new model name. The company has also sent out launch invites to automotive publications which in turn confirm its arrival. 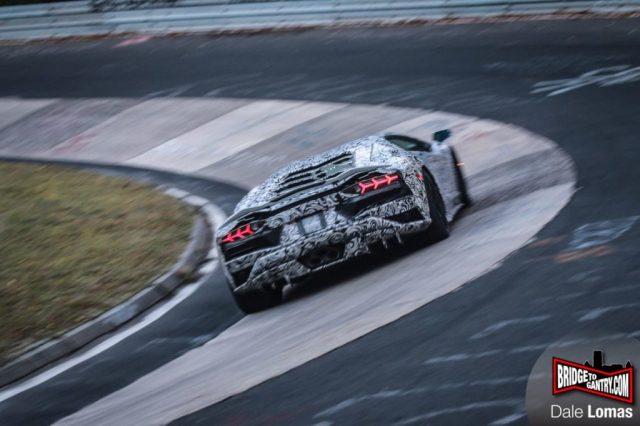 The Lamborghini Aventador S is expected to receive new exterior with a modified aerodynamics package as seen here in the spy shots. The model will showcase Lamborghini’s new “active technology” which could mean the new Aventador S could receive other aero/ suspension systems than just the active rear wing.

It is expected to retain the naturally aspirated V12 engine, however with a higher state of tune and matching the performance of the Centenario.

Aventador S teaser- Lamborghini V12: What will be next?