Lamborghini Day Japan was celebrated along with the Asia Pacific launch of the Nurburgring-conqueror – the Lamborghini Aventador SVJ. Over 200 Lambos assembled for the party.

The King of the Green Hell – the Lamborghini Aventador SVJ – made its Asia Pacific debut recently. Yokohama, Japan played host to the event which saw over 200 Lambo owners and enthusiasts showing up in full force. The day also got to be celebrated as Lamborghini Day Japan with the crowd of supercars participating in a massive parade of roaring Italian engines.

The exotic carmaker arrived in Japan with a bang – complete with the attendance of Lamborghini CEO, Stefano Domenicali and Ambassador of Italy to Japan, Giorgio Starace. The unveiling of the Aventador SVJ was the main event and it took place at the Yokohama Super Factory film studio. The Ad Personam customization program, Collezione Automobili Lamborghini clothing line, and Squadra Corse motorsport division premieres followed. 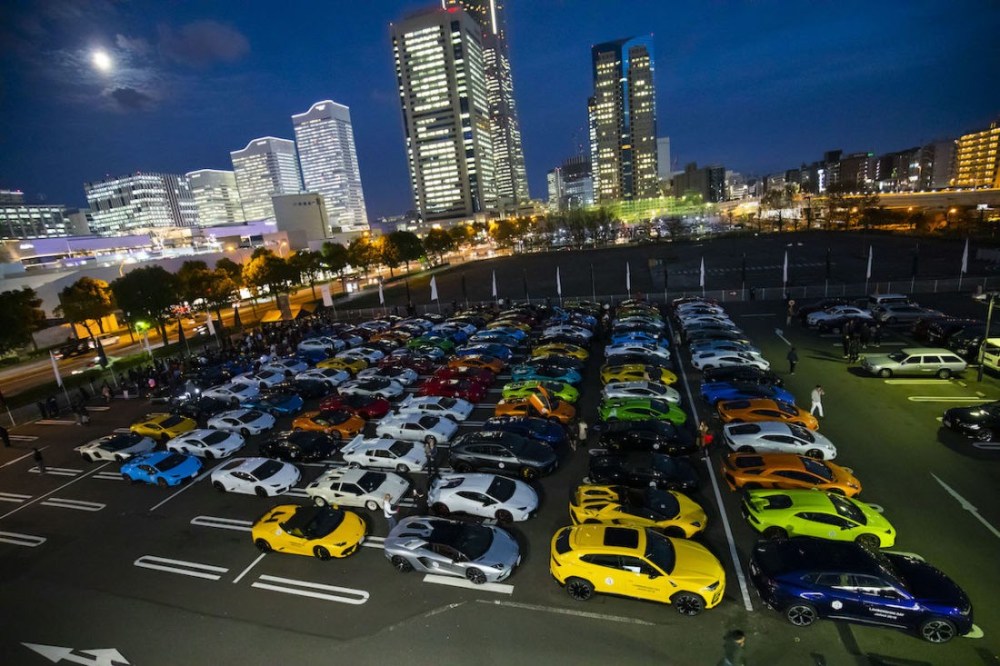 A loud and breathtaking parade featuring some of the greatest and fastest machines from Lamborghini was held thereafter. Over 200 Lamborghinis participated, right from the most legendary cars to bear the logo – Countach, Diablo, Murcielago, and Miura – to the more recent Urus. Even the rare LM002 joined the march which drove past the city’s major attractions.

The big day wound up with a party for the owners who attended the event and a charity auction, the proceeds of which went to the Japanese Red Cross Society.

More pictures can be found in the Lamborghini Media Center link below.