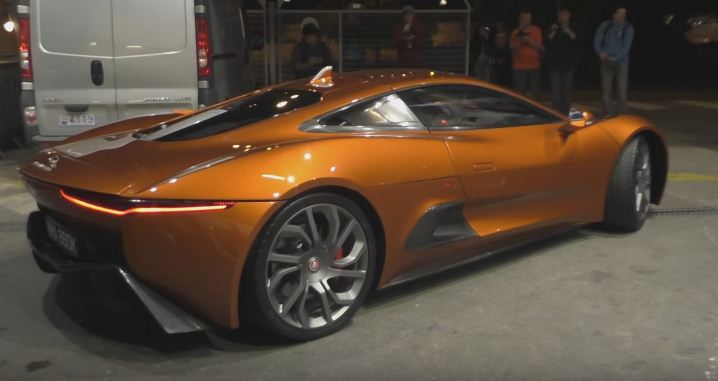 The Jaguar C-X75 supercar used in the James Bond film Spectre showed up at Top Marques 2016. A concept that started life as a hybrid-electric supercar consisting of a complicated setup of four electric motors and two diesel gas-turbine engines, the C-X75 never made it to production. But, it lives on as a technological showcase.

Top Marques 2016 held in Monaco played host to the who’s who of the supercar world. Jaguar showcased the C-X75 from the Bond film. Unlike the concept however, the car from Spectre uses a 5.0-liter supercharged V8 with 542 hp.

That’s no where near the peak output of 778 hp that the hybrid-electric drive is capable of. Still, supercharged V8 does provide a stunning soundtrack for a car that looks rather breathtaking.