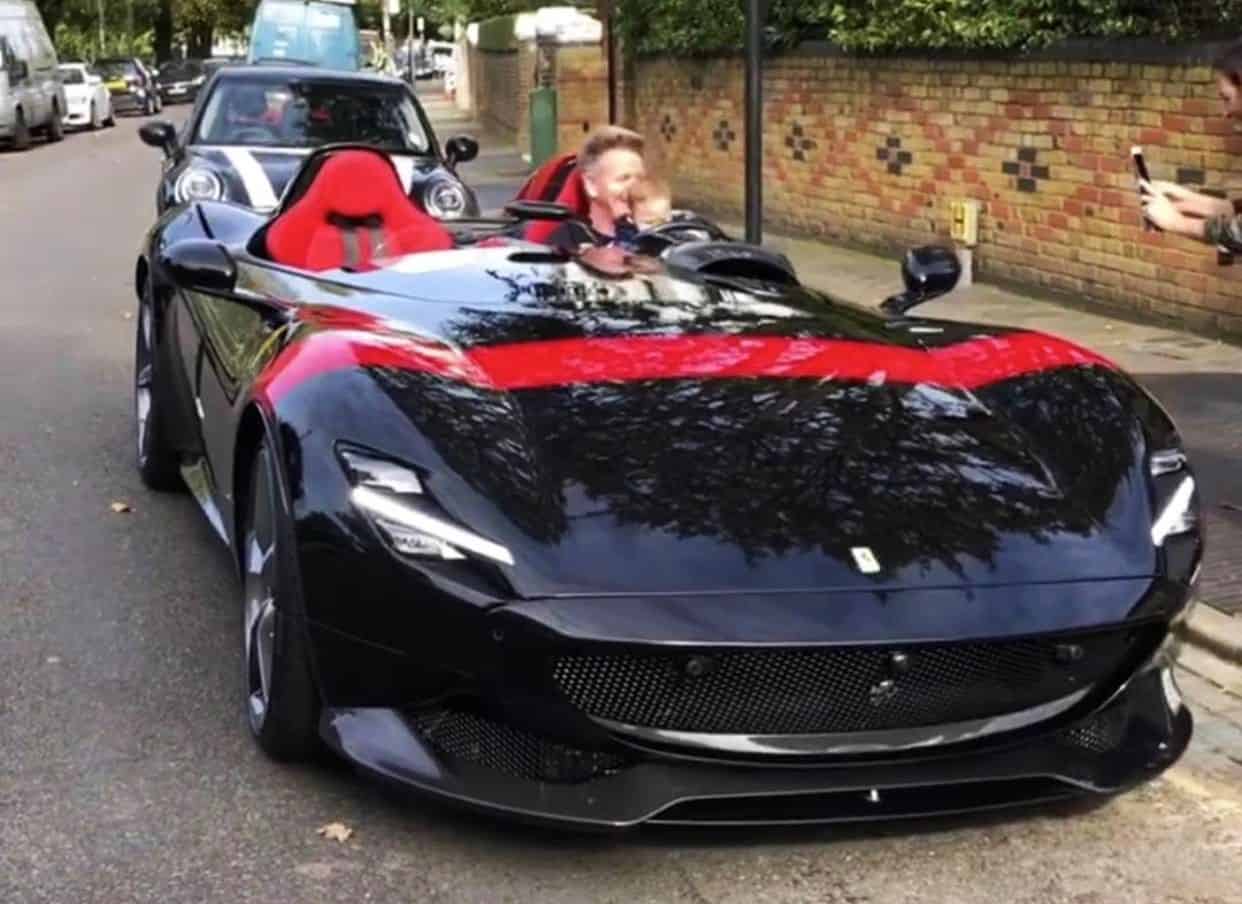 Gordon Ramsay is among the first VIP customers to take delivery of the Ferrari Monza SP2.

H.R. Owen in London recently delivered Gordon Ramsay’s Ferrari Monza SP2. It seems, the celebrity chef has gone for the more practical 2-seater version instead of the Monza SP1, which has a single seat.

The Ferrari Monza series was launched in September this year. The car is based on the 812 Superfast and comes in two variants, also known as Monoposto and Biposto. We think, the open-top speedster is one of the best looking modern Ferraris. Ramsay has opted for an all-black exterior with a red stripe that runs across the front clam shell. The interior is finished in matching red.

[Sound up] @gordongram’s first job of the day. Now that would be quite the school run for little @oscarjramsay! ???????? Congratulations Gordon, we all hope you enjoy your new piece of automotive art. #NewCarDay #Ferrari #Monza #SP2 #IconaSeries #HROwen #London

Ferrari is said to be building around 500 examples of the Monza. While the exact price of the car is not known, it is rumored to cost around £1 million.

Gordon Ramsay is one of Ferrari’s elite customers. He also owns a LaFerrari Aperta, 812 Superfast and an F12 tdf among others.