Going thrice! Sold! To the gentleman who runs the auction house!

Barrett-Jackson Chairman and CEO, Craig Jackson picked up the first production 2020 Ford Mustang Shelby GT500 for a cool $1.1 million at the first auction event of the year. All proceeds go to charity.

The first Barrett-Jackson auction event of the year saw dozens of exciting cars rolling across the block. But the one lot that everyone had been waiting for with bated breaths was that of the first production 2020 Ford Mustang Shelby GT500. And VIN 001 was picked up for an eye-watering $1.1 million.

The audience cheered on as the 700 hp Shelby GT500 rolled into the Barrett-Jackson Collector Car Auction in Scottsdale, Arizona. Ford had announced long back that VIN 001 slot will be put up for auction and both Edsel B. Ford II and Aaron Shelby were present at the event, to escort the car to the auction block. 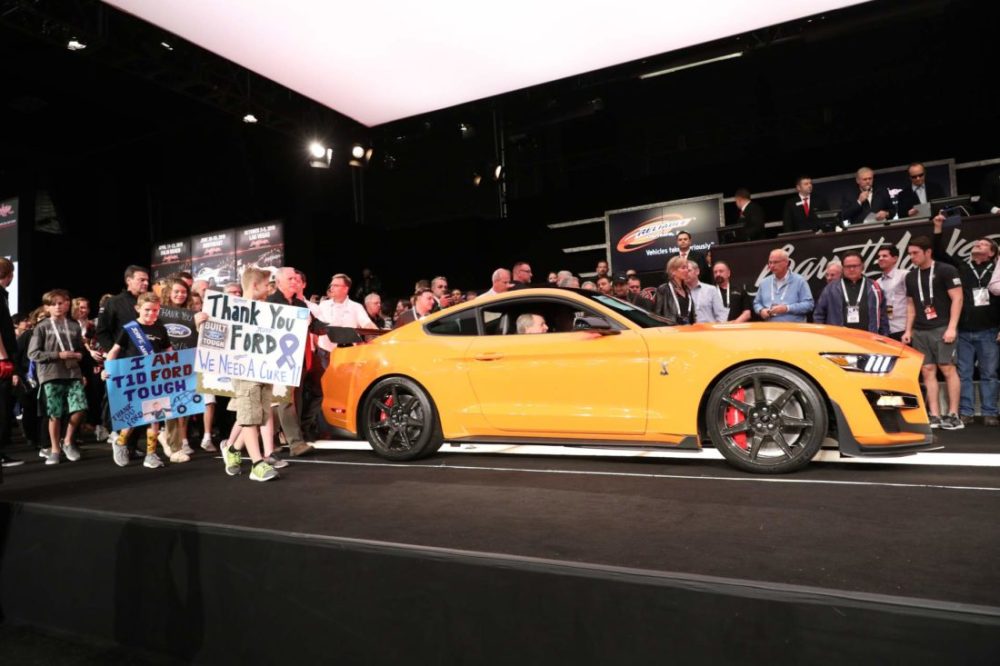 Craig Jackson, Chairman and CEO of the Barrett-Jackson auction house shelled out all of $1.1 million to take home the first 2020 Shelby GT500. As the winning bidder, Jackson will be given the privilege to customize the car to his choice in terms of colors, trim and options.

Want to get a taste of the auction excitement? Check out the video below to see how the Shelby GT500 fetched that fancy winning bid at Barrett-Jackson! 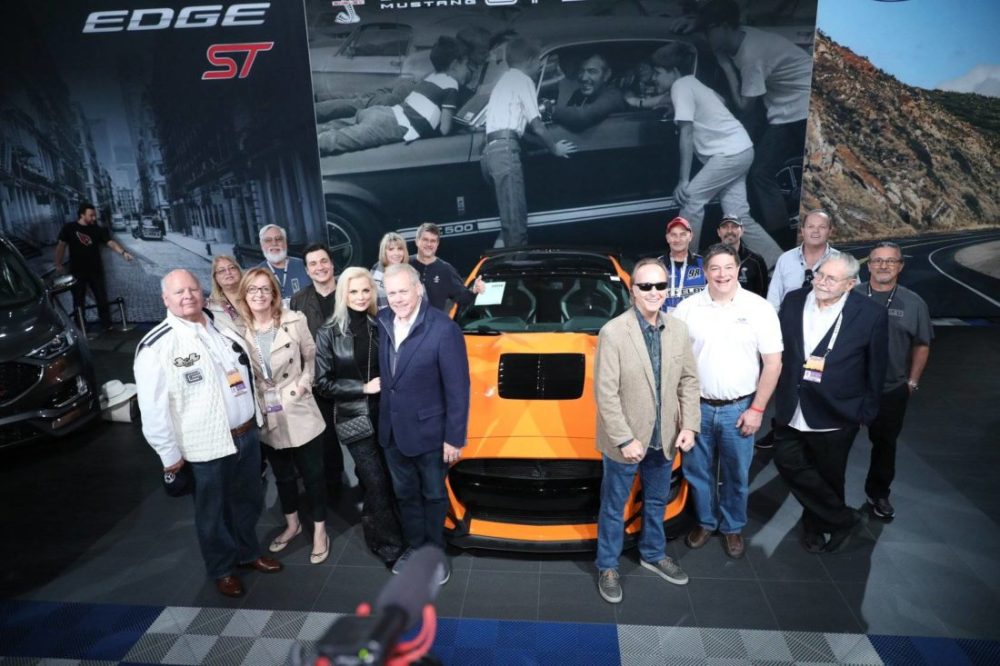 All proceeds will go towards a leading charity organization supported by Ford – JDRF. Ford has contributed more than $70 million so far to JDRF with almost $3.5 million being donated every year. The global organization which funds research to find a cure for type 1 diabetes in children will be pleased to see the new round of funding coming in.

Now that the first 2020 Ford Mustang Shelby GT500 has found its home, what about the others? The rest of the gang will arrive in fall this year at dealerships in the US and Canada. A supercharged 5.2-liter V8 producing more than 700 horsepower, TREMEC 7-speed dual-clutch automatic transmission, 0-60 mph in around 3.5 seconds, a quarter mile dash in under 11 seconds – that’s a lot of things to look forward to from the limited edition muscle car.