The most powerful and most advanced Ford Mustang in history!

The most powerful street-legal Ford Mustang in history flexes its muscles at the 2019 Detroit Auto Show. Meet the 2020 Ford Mustang Shelby GT500!

One of the most-anticipated car launches of the year happened at the 2019 Detroit Auto Show as Ford unveiled the 2020 Ford Mustang Shelby GT500 to the world. The hype, teasers, leaks, and build-up for the GT500 was on par with the Toyota Supra which saw its big debut happening on the same day.

While Ford continued to keep a lot of things under a veil of secrecy, it did give the audience and Mustang lovers around the globe a chance to lose their lower jaws. The new Shelby GT500 – the first of its kind after Mustangs lost the solid rear-axle – is a stunner from every angle. With an estimated power output north of 700 hp, it also happens to be the most powerful street-legal Mustang ever built. The 2.65-liter roots-type supercharger is in place for a reason after all. 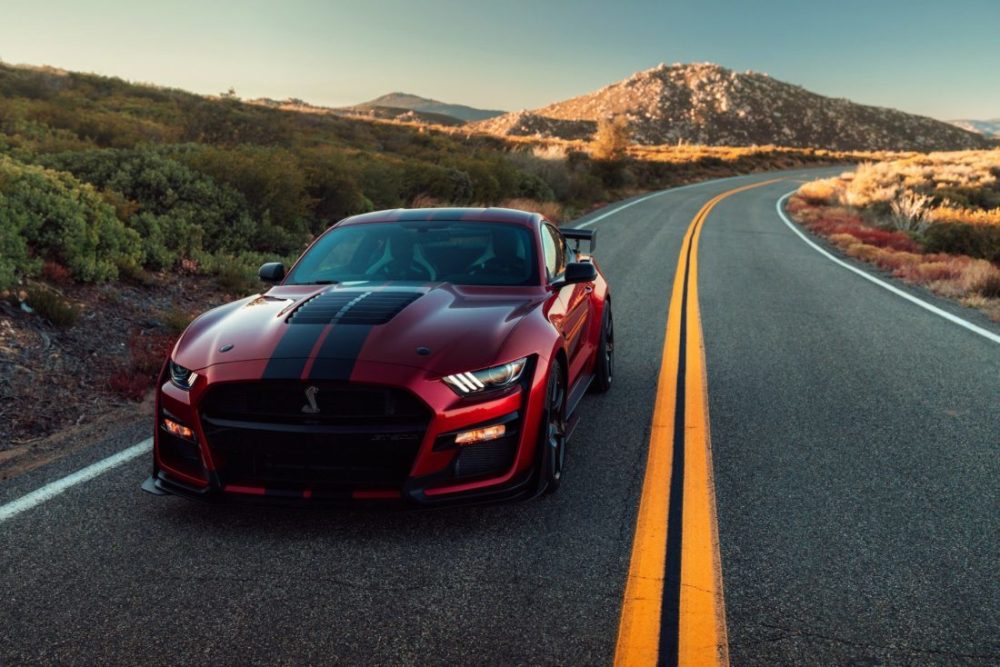 The manufacturer is still tweaking the Shelby GT500 so that it can launch the car in fall this year with the best power and torque output. The rumored 700 hp, 700 lb-ft muscle car must clock a 11-second quart-mile dash and 0-60 mph in under 3 seconds. 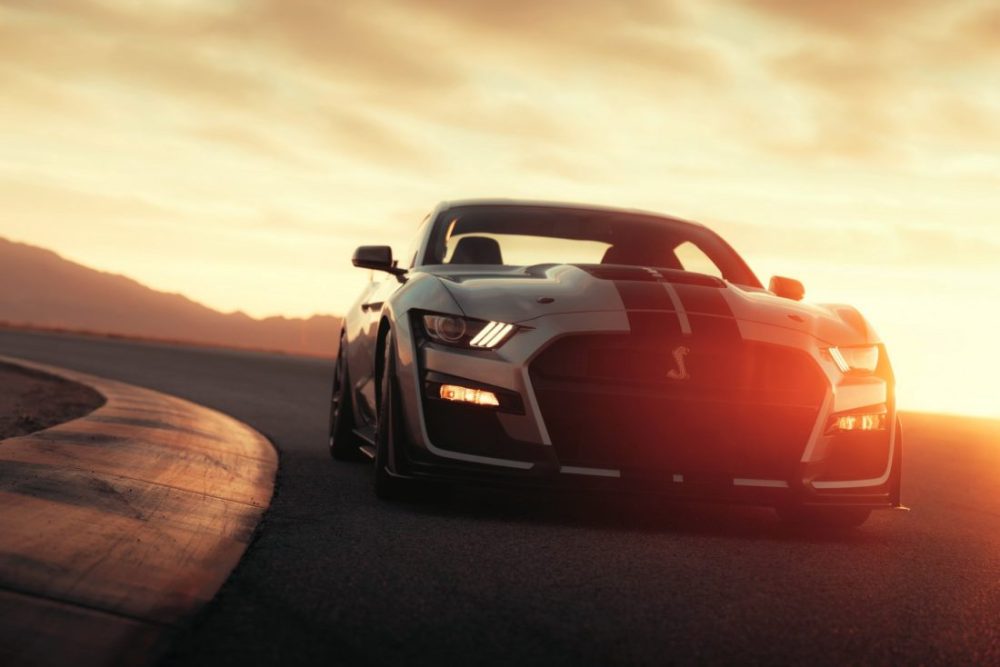 While a lot of loyalists haven’t really appreciated the rotary shifter-controlled TREMEC 7-speed dual-clutch automatic transmission, the overall response to the car’s supercharged 5.2-liter V8 powertrain and packaging has been positive so far. The soundtrack too turned out to be an instant winner with enthusiasts.

Ford Performance will be offering two handling packages as options for the Shelby GT500 – Handling Package and Carbon Fiber Track Package. The first one is pretty basic with adjustable strut tower mounts and a Gurney flap for the rear spoiler. The second though, is more hardcore, adding carbon-fiber wheels, new tires with custom compound, carbon-fiber rear spoiler and removing the rear seats.

We’ll be posting more updates on the 2020 Ford Mustang Shelby GT500 in the coming days.