Ferrari’s next-generation mid-engined supercar is almost ready. The new V6 hybrid model, dubbed as the modern Dino by some, is likely to be revealed around mid-June.

Ferrari has sent out a notification to customers with the list of events planned for this month. It says, “We will soon announce an innovative new sports car. As a valued Ferrarista, you will be among the first to know more details”. 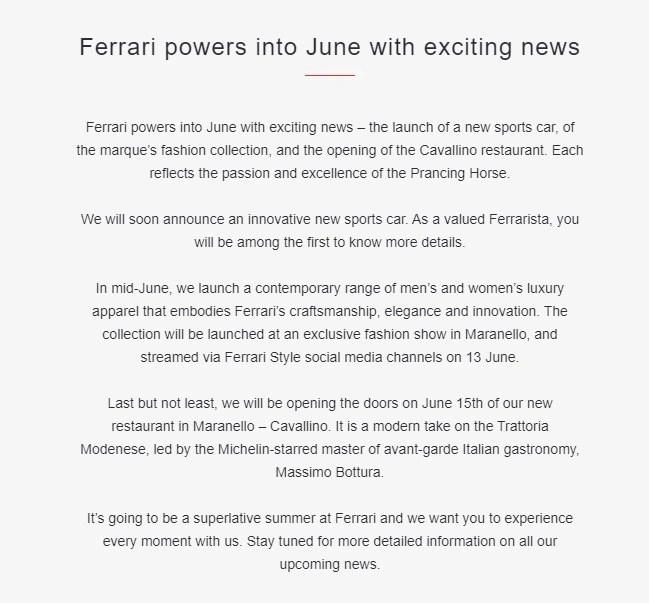 The new model (codenamed: F171) will be Maranello’s first V6 powered road car after the legendary Dino. In the more recent spy images, the car looks similar to the SF90 Stradale. It has a flat nose section and scoops on either side. We can also expect to see a few design elements inspired by the Dino 206, like the stepped rear decklid and vents on the front fascia.

So, the modern Ferrari Dino is likely to be powered by a 3.0-liter, twin-turbo V6 producing 598 hp. The internal combustion engine will be complemented by an electric motor. The combined output could be around 710 – 750 hp. Unlike the V8-hybrid SF90 Stradale, the F171 will be rear-wheel drive.

The new V6 hybrid supercar from Ferrari might replace the F8 Tributo and will lock horns with the McLaren Artura.