A Ferrari SF90 Stradale was wrecked in Italy recently. The images shared by ‘The Supercar Stalker’ @varryx_ reveal the supercar in a very sorry state.

We don’t have the exact details of the incident, but it seems like the car may have sideswiped the wall. The driver side front corner has sustained the most damage, while the rear wheel has been  ripped off. The windshield has also completely shattered. 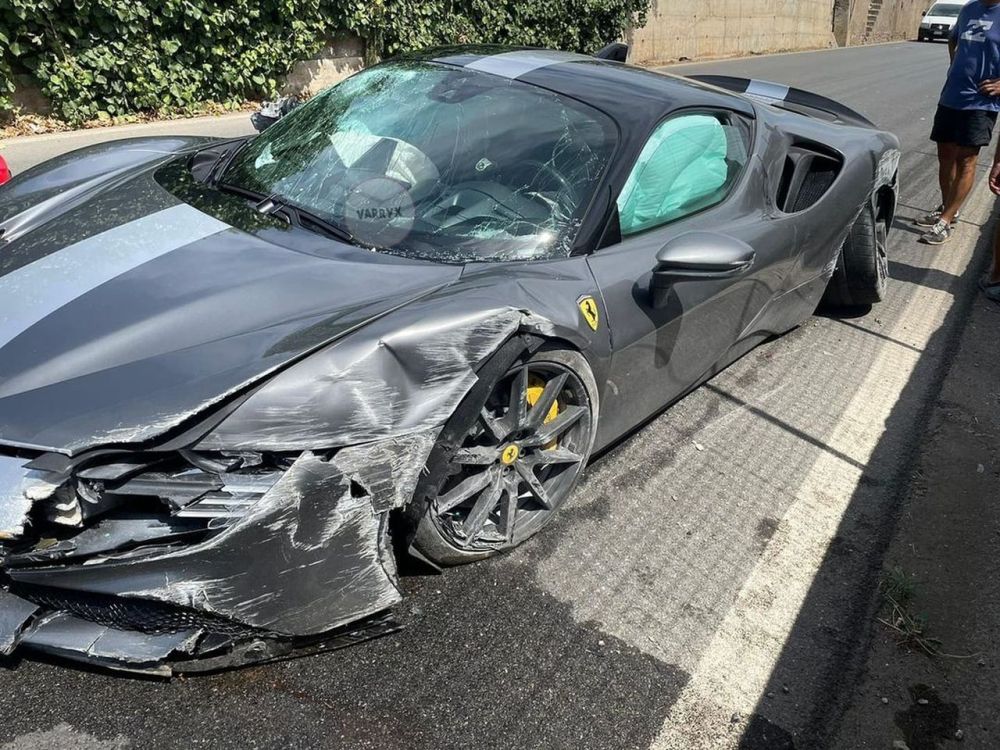 It’s quite surprising that an SF90 should crash in this fashion. This hybrid supercar has all-wheel drive and therefore traction shouldn’t be much of an issue. That said, the 4.0-liter, twin-turbo V8 packs enough grunt to break traction – a meaty 986 hp. The V8 motor alone packs 769 hp and 590 lb-ft of torque.

This particular SF90 is equipped with the optional Assetto Fiorano pack, which adds a lot of lightweight carbon parts including carbon wheels and drops the overall weight to 1570 kg.