The Ferrari SF90 Stradale is the Maranello’s first ever plug-in hybrid supercar.

The SF90 Stradale is positioned between the F8 Tributo and the LaFerrari. The design looks like an evolution of the F8 Tributo and the limited edition Ferrari J50. However, we aren’t complaining because it looks magnificent! The car has a low front end with C-shaped headlamp clusters. The bubble-shaped canopy is designed along the lines of a fighter jet. The cabin has been lowered by 20 mm in order to lower the centre of gravity. 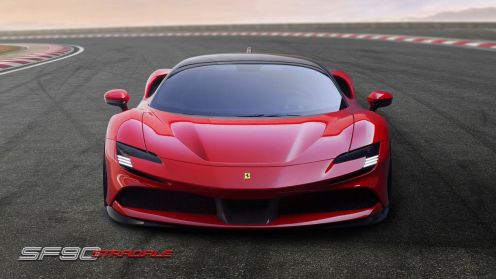 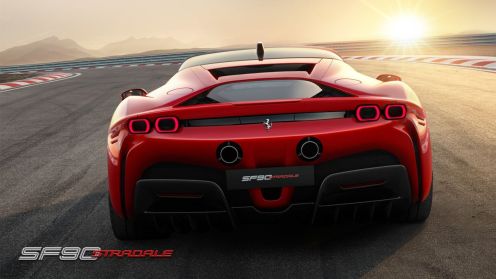 On the sides are vents that channel air into the engine intake and to the radiators. The engine cover has been lowered and the end section features a suspended wing divided in two sections. The fixed wing incorporates the third brake light, while the wedge-shaped front area drops down into the bodywork.

At the rear, the SF90 Stradale has quad tail lights, but this time Ferrari has gone with square-shaped LED units. The twin exhausts are positioned on the rear bumper with a large diffuser at the bottom. The car also features under body vortex generators. 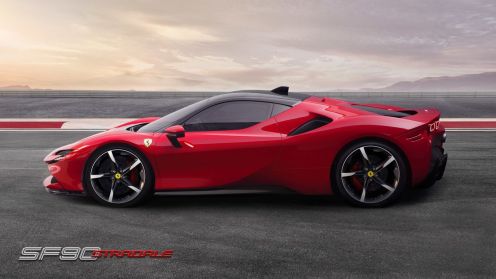 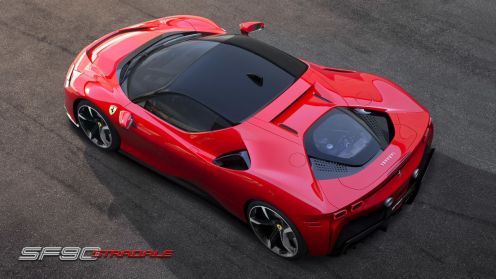 Step inside and you are greeted by a rather modern looking dashboard and switchgear. You still get a flat-bottom steering wheel and a typical Ferrari dashboard with complicated surfaces. The analogue rev counter has been replaced with a digital screen that displays 3D graphics. The centre console also gets a makeover and features a metal plate – a reference to gated shifters from the yesteryears. 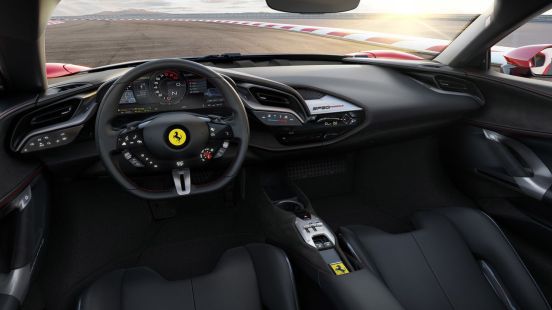 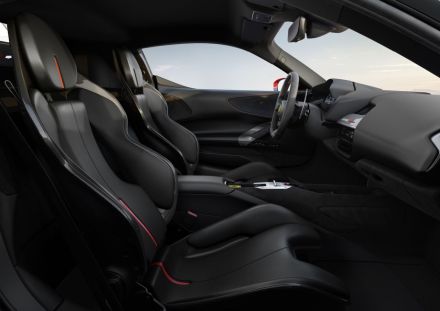 Now, let’s talk about the engine, shall we?

The SF90 Stradale is powered by a 3990cc, twin-turbocharged V8 engine that produces 769 hp and 590 lb-ft of torque. The internal combustion engine is assisted by two electric motors mounted at the front and one at the rear adding another 217 hp for a combined output of 986 hp. The electric motors are powered by a 7.9 kWh lithium-ion battery that offers 16 miles of all-electric range. The powertrain is hooked up to a 8-speed dual-clutch transmission. 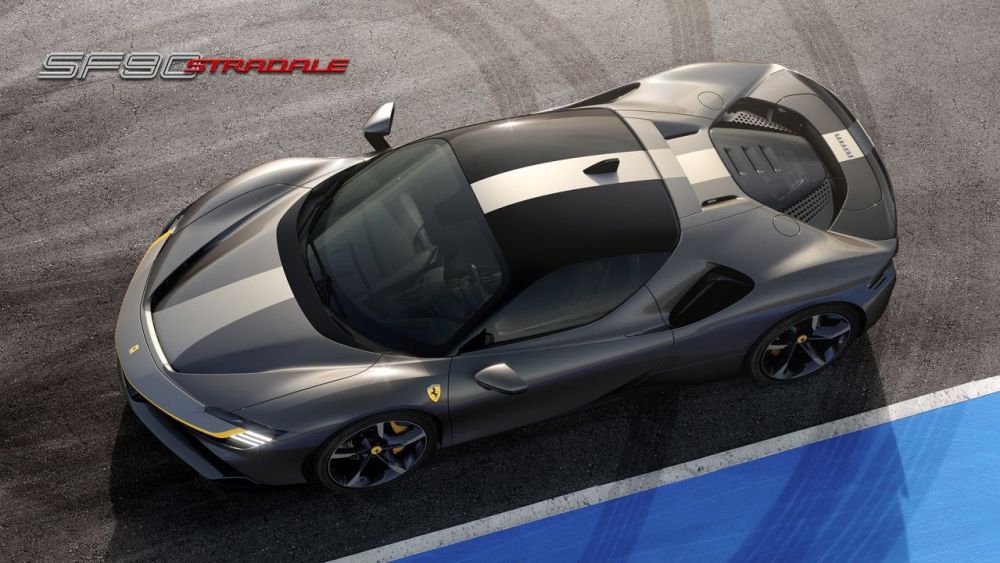 With almost a 1000 hp under the right hoof, you’d expect the SF90 Stradale to be brisk. Well, it is. 0-62 mph comes up in 2.5 seconds. 0-124 mph is over in just 6.7 seconds. Its top speed if rated at 212 mph. The car is based around a chassis made out of aluminium and carbon fiber. It weighs 1570 kg dry, which is lighter than the LaFerrari. The car comes with a new Electronic Slide Slip Control (eSSC) system, brake-by-wire control system and torque vectoring.

Sources tell us that the SF90 Stradale is expected to be priced around €600,000.