But the annual sales title will belong to the Mustang.

The American muscle car buyers love the Dodge Challenger a lot more than they love the Mustang and the Camaro. The October 2018 sales chart bears testimony to the true might of the Challenger.

While the battle of the modern muscle cars was mostly between the Ford Mustang and the Chevrolet Camaro, of late we have been witnessing the Dodge Challenger making its sizable presence felt. It has beaten its rivals a handful of times when it comes to sales.

Do note that the Mustang and Camaro have gone through multiple iterations and major updates after they made their respective comebacks in retro-inspired forms. The Challenger, on the other hand, continued to stick to its third generation design which came out in 2008. Except for a couple of visual revamps, the basic design remained more or less the same as that of the 2008 comeback model. 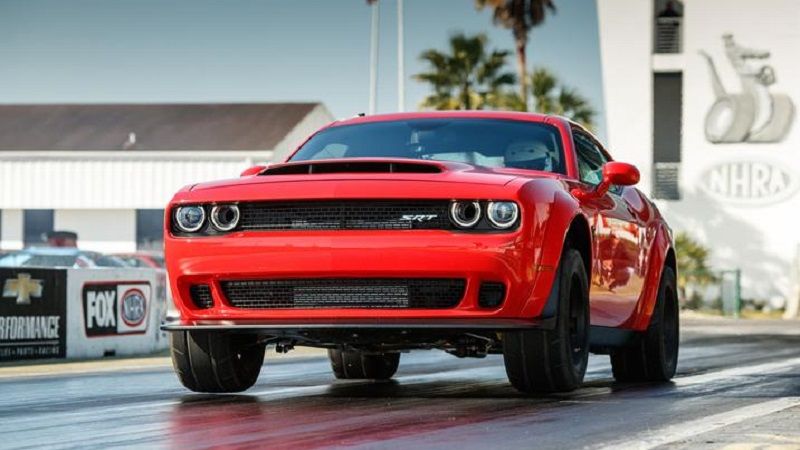 So the biggest shocker for Chevy and Ford camps right now must be the news of the Dodge beating both the Camaro and the Mustang to a pulp on last month’s sales chart. Automotive News reports that Dodge sold 5,225 Challengers in October 2018 when Ford managed to sell 4,924 Mustangs. Chevrolet didn’t release their Camaro numbers as they have quarterly sales figure charts instead of monthly installments. Despite that technicality, it’s safe to assume that the Chevy didn’t fetch higher sales than the Dodge.

Ford Mustang fans can breathe easy, as the Stang will eventually win the title for the best-selling muscle car of the year. The lead is so huge that the Dodge Challenger won’t be able to take the crown in 2018.

The sales of the Dodge Challenger mark a 34% improvement over the figure from the same month last year. Thanks to models like the hyped-up Dodge Demon and the buzz-generating Hellcat Redeye, the popularity of the Challenger has surged in the past few months. Other aspects like the practicality of the rear seat, the remarkable underpinnings taken from Mercedes and the periodic revisions in power and packaging have contributed to the solid sales chart numbers.

Dodge’s enthusiastic approach to keep the muscle car updated and relevant without losing its core appeal has also resulted in the Challenger soldiering on even when the competition is struggling to get their act together.