The video is part of the series of films from Ford, each exploring a spectacular stretch of road in Europe. The latest film stars the Ford Mustang Bullitt conquering the Isle of Man TT Mountain Road.

The Ford Mustang Bullitt made its debut in Ford’s series of short films which takes some of the best cars from the stable to some of the greatest driving roads in Europe. In the latest film, the Isle of Man TT Mountain Road witnessed the fury of the Bullitt Mustang as the green pony car thundered down the iconic stretch of tarmac.

With car journalist Steve Sutcliffe driving the machine that celebrates 50 glorious years of the cult classic starring Steve McQueen, the video is breathtaking to watch. To be honest, it is quite motivating too, to get yourself out there and drive on the Isle of Man TT Mountain Road section. 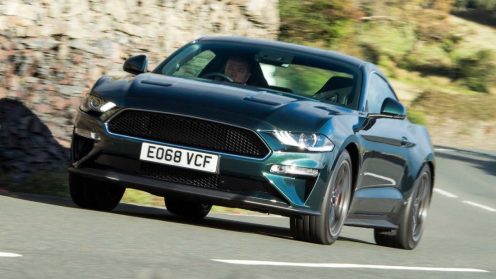 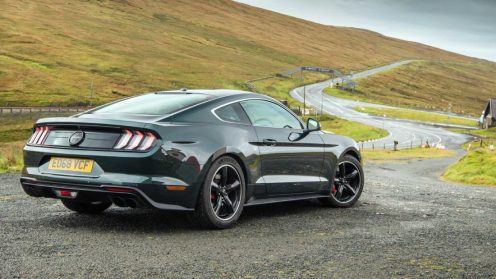 The Isle of Man TT course was always considered to be a motorcycle rider’s haven. With the Ford Mustang Bullitt film, it has become a car guy’s dream destination.

The scenery surrounding it is spectacular and the absence of speed limits in many areas makes the whole experience both dangerous and limitless in terms of pushing the car to its edge. The makers of the film chose to take the safer side and requested the authorities on the island to close down the entire stretch so that the Ford Mustang Bullitt and its driver can go flat out. And they absolutely did.

This is the ninth film in the “Europe’s Greatest Driving Roads” series from Ford. Previous instalments featured the Ford GT and the Ford Fiesta RS being driven across the Atlantic Ocean Road in Norway and the Via Campocatino in Italy respectively.

Watch the all the nine episodes in this Ford Europe YouTube channel playlist.