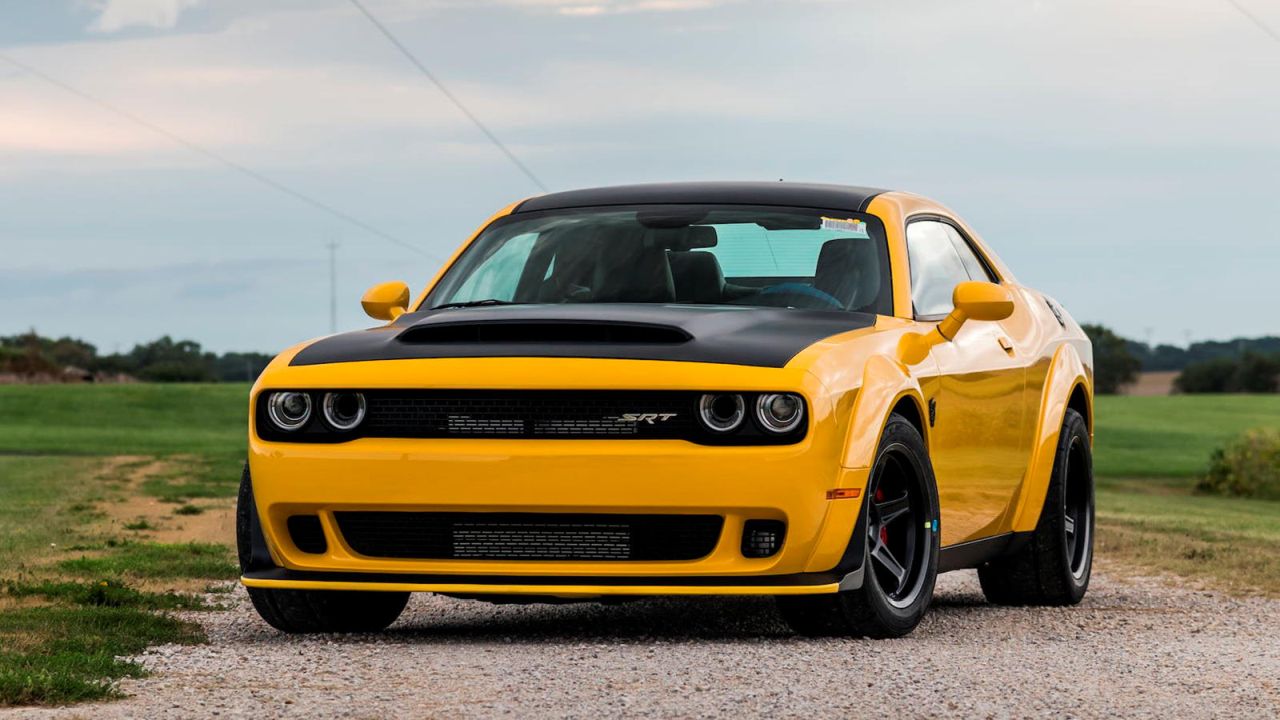 He didn't drive this Demon at all, did he?

You can’t buy the Dodge Demon anymore. But you can get former F1 driver and IndyCar Champion Michael Andretti’s Demon if you really want one.

The production of the Dodge Demon has concluded. But it doesn’t mean that you can’t find and buy one. There are enough greedy minds out there to cash in on the exclusivity of the drag strip-focused muscle car. And if you wish to own one with a celebrity first owner, then look no further than the example which is hitting the auction floor soon.

Michael Andretti – former F1 driver, IndyCar Champion and son of the legendary Mario Andretti – is selling his Dodge Demon. And with 13 miles on the odometer, this is as good as one that could have been bought off the dealer floor when it was on sale.

Mecum Auctions will be taking care of the business of finding the barely-driven Demon an owner who will actually get to drive the madcap machine the way it should be. Being a busy man, Michael Andretti never got the drive the damn thing much. You can’t blame the guy as he is always occupied with his Andretti Autosport team. And that team has got its plate full with participation in IndyCar Series, Indy Lights and the FIA Formula E Championship.

Michael Andretti’s Dodge Demon is so new that it’s still got the plastic wraps around the seats. We doubt if he has ever driven it at all!

Finished in bright yellow, Andretti’s car flaunts black hood, roof, wheels and interior which perfectly contrast the “look-at-me” primary color. The Demon Crate which is packed to the brim with all the gear and gadgets needed to transform the souped-up Dodge Challenger to a drag strip-shredding monster is also part of the sale.

While the Dodge Demon boasted of an $85k price tag when it was on sale, this example is going to fetch a lot more when the auction takes place in Dallas next month – thanks to its celebrity owner and the rarity of the car.

With its supercharged 6.2-liter HEMI V8 engine, which produces 840 hp of power and 770 lb-ft of torque, the Dodge Demon is the most powerful production muscle car on the planet. It can cover a quarter mile in 9.65 seconds and clock 0-60 mph in 2.3 seconds.

Bonkers, in every sense of the word.