He has piloted the Space Shuttle Challenger. So how hard was it for NASA astronaut Jon McBride to drive one of the fastest production cars in the world – the Bugatti Chiron?

Jon McBride has got thousands of flying hours in his resume, with experience in flying everything from military aircraft to space shuttles. The former NASA astronaut was on the 1984 STS-41-G space mission and does know a thing or two about being in the driver’s seat of a fast machine. So when he was handed over the keys to a Bugatti Chiron and asked to give it a go, he certainly didn’t waste the opportunity.

Bugatti isn’t chasing any top speed records with the Chiron. But that doesn’t mean that the company shouldn’t engage in events and promotional activities to get the hypercar the attention it deserves. Taking an opinion from an experienced NASA astronaut will definitely reflect well on the Chiron’s reputation as a high-performance hypercar. 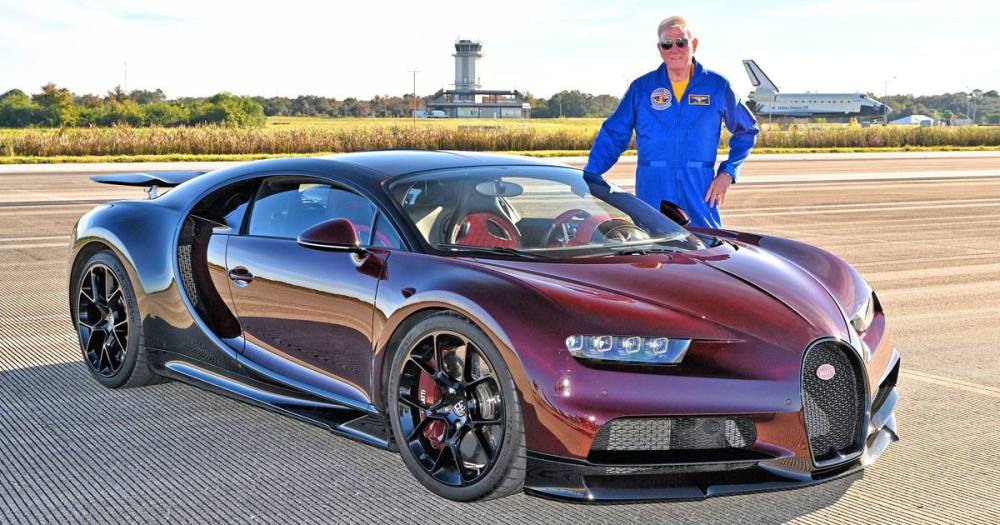 So what did the veteran space traveler have to say about the Bugatti? Flooring the pedals of the bespoke hypercar on the Space Shuttle landing strip at the Kennedy Space Center in Florida, McBride came out impressed with the Chiron.

“I think compared to what I’ve flown the Chiron is probably as good or out-performs them. I mean I’ve felt some good acceleration in my life, but I don’t think anything better than what I experienced today,” said McBride.

The Shuttle Landing Facility in Florida has one of the longest runways in the world and was the perfect location for the former NASA astronaut and space shuttle pilot to test the 1,500 hp, 261 mph Bugatti Chiron. Back in 1984, McBride had landed the Space Shuttle Challenger at this very same landing strip after an 8-day mission in space.