Every now an then, automakers come up with special-edition vehicles usually featuring distinctive paint jobs or minute performance enhancements. But, BMW has taken the special-edition game to a whole new level with its M850i Night Sky edition by incorporating components made from actual meteoritic material into the car.

The M850i Night Sky has been created by BMW’s Individual Manufaktur customization facility to celebrate the Quadrantids meteor shower which took place on January 3-4, 2019. During such events, smaller rocks from space penetrate our planet’s atmosphere and fall to Earth as meteorites. BMW has incorporated some of these extra-terrestrial fragments into the cabin of the M850i Night Sky. 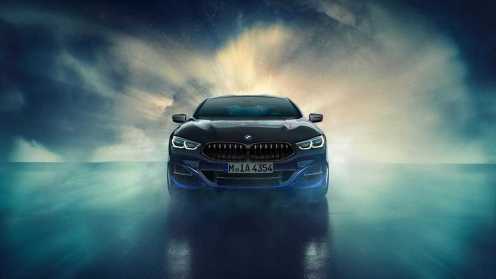 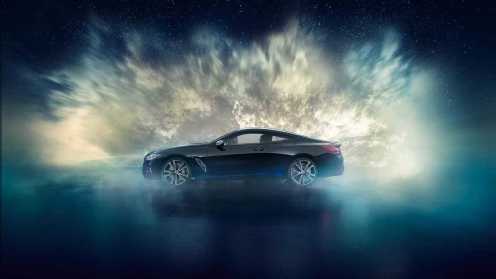 The meteoritic rocks adorns the whole of the center console’s trim plate, the start/stop button for the V8 engine, the selector lever for the eight-speed Steptronic transmission and the Touch Controller for the iDrive system. Inlays made from meteorite material have also been incorporated into the door sill finishers, together with an illuminated model badge.

The space theme doesn’t end here as the Night Sky edition also features illuminated constellations of stars on the center console and in the surface design of the trim finishers, seat backrests, brake discs and exterior add-on parts, which draw inspiration from celestial bodies. 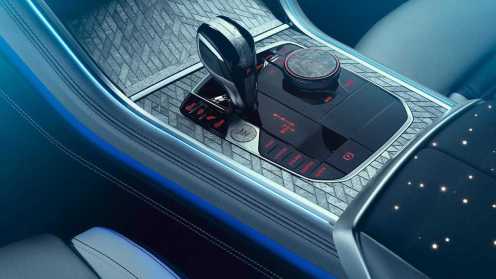 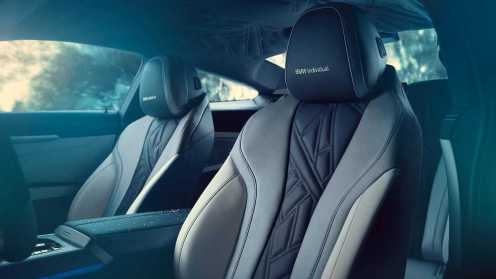 The car itself has been finished in a night sky inspired non-metallic black with San Marino Blue painted over it in a graduated effect from the bottom edge of the body up to the top of the wheel arches. The interior features Merino leather trim in Opal White/Midnight Blue/Silver tri-colour scheme.

BMW Individual didn’t just stop at aesthetic enhancements for the M850i Night Sky but also developed 3d-printed brake calipers that are claimed to be 30% lighter. The engine is the same 4.4-liter, twin-turbocharged V8 that does its work on the M850i and puts out 523 horsepower and 553 pound-feet of torque. The power is sent to all four wheels by way of an 8-speed automatic transmission.

The BMW M850i Night Sky is a one-0ff so if your inner spacephile got enticed to buy one, we are extremely sorry. However, the Individual Manufactur department of BMW should be ready to create another one-off for you provided you have a large pile of cash lying around. 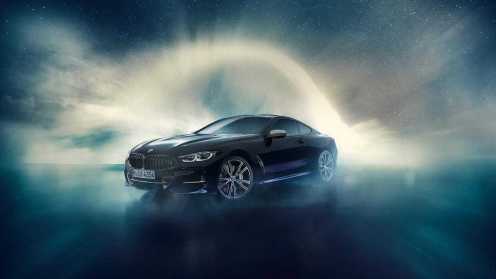 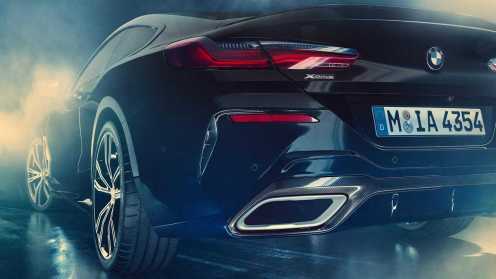 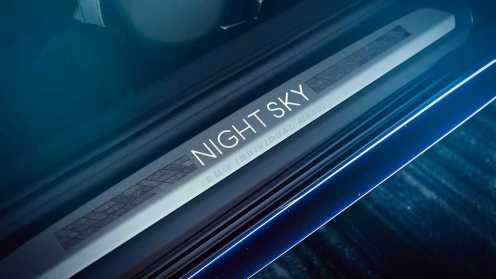 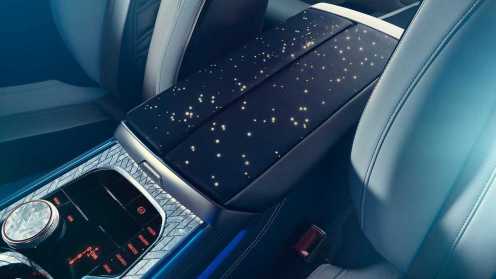