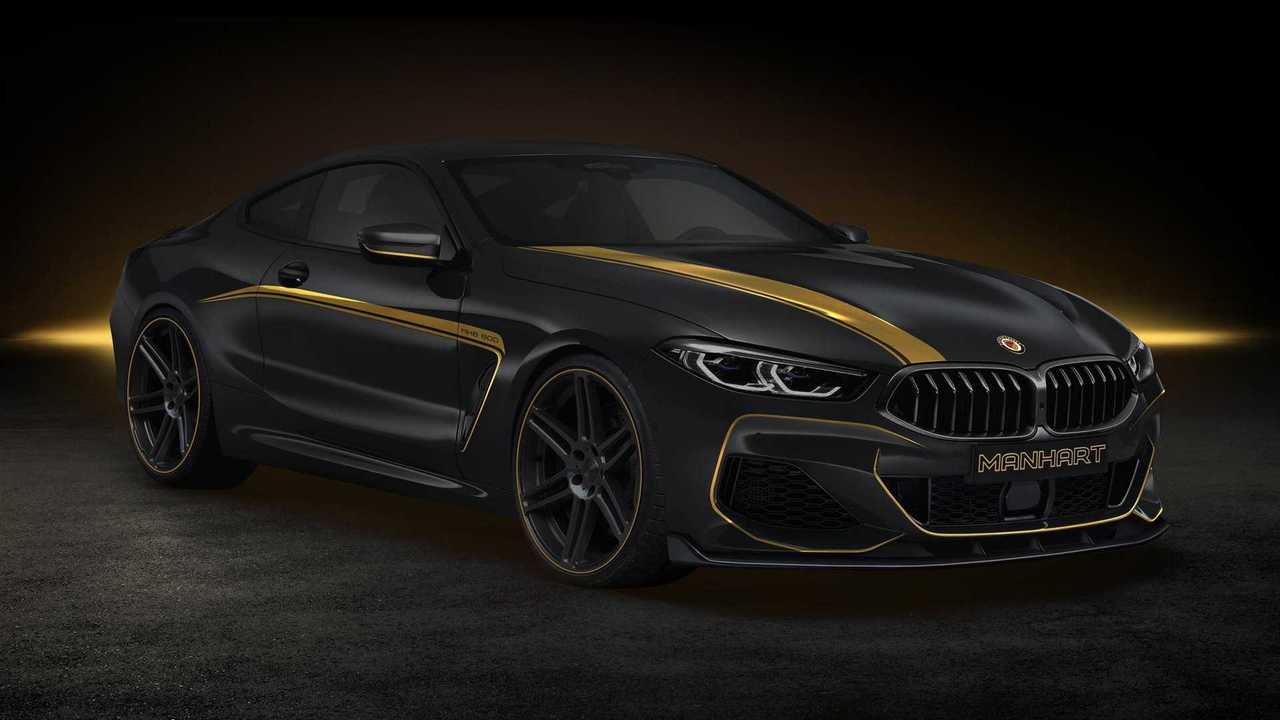 The BMW M8 will arrive sometime next year but for those people who think the wait is just too long, there is no shame in getting yourself a tuned M850i. There are a few tuners who have already worked their magic on the 8 series range topper, among them is the Wuppertal, Germany based Manhart. Under the “MH8 600” project, Manhart has made a number of modifications to the M850i’s engine and design to help it stand out from the standard car.

Starting with the performance upgrades, there is a new software optimization package that helps the twin-turbo 4.4-liter V8 engine produce 621 hp and 642 lb-ft (870 Nm) of torque. For comparison, the standard car has 530 hp and 553 lb-ft of torque. When the M8 launches next year, it would most likely be a little less powerful than the Manhart MH8 600.

The tuned car also sits lower thanks to a set of H&R lowering springs complemented by large 21-inch alloy wheels. The design is further augmented with four carbon tipped tailpipes, a small carbon fiber rear lip spoiler and a carbon front splitter. Finally, a matte black paint job and some golden graphics do rest of the work to make the M850i look a little more striking. The graphics are of course optional for those who would prefer to keep a things a little more subtle.

Manhart hasn’t put the word out about the car’s performance, but we expect the tuned car to complete the sprint to 60 mph (96 kph) slightly sooner than the 3.6 seconds needed by the standard M850i. There is no word on pricing too, but expect it to be a little more than the M850i’s starting price of $111,900.

Gorgeous Blue Ferrari F40 up for auction in the UK

Is this classiest Lamborghini Huracan STO spec ever?

Lord Aleem’s Bugatti Chiron gets rear-ended by a BMW