A Ferrari F40 valued at over $2 million has crashed in Australia.

According to media reports, the accident took place on the Gold Coast on Friday. The driver had apparently taken the classic supercar out for a test drive. The car crashed into several sign poles before coming to rest in the woods. Thankfully, no one was hurt in the accident. The driver was issued a ticket for not being in control of vehicle. 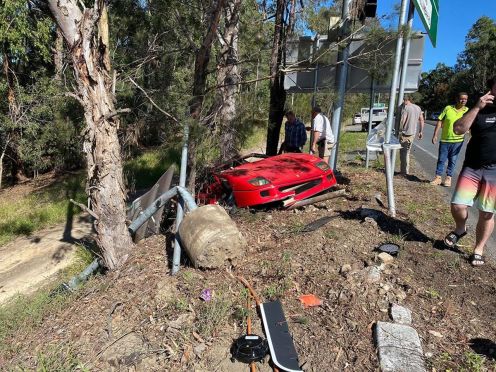 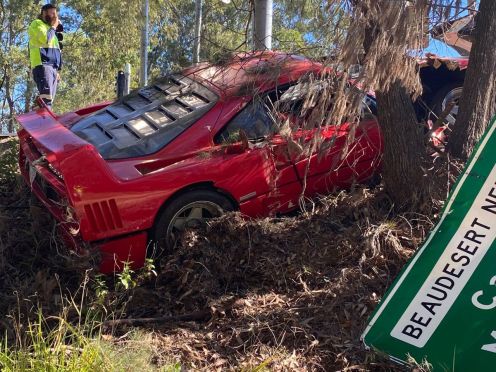 On the other hand, the car suffered heavy damage. From what we can see in the images, the front bumper has been ripped apart and there appears to be major suspension damage on the front right corner of the car. 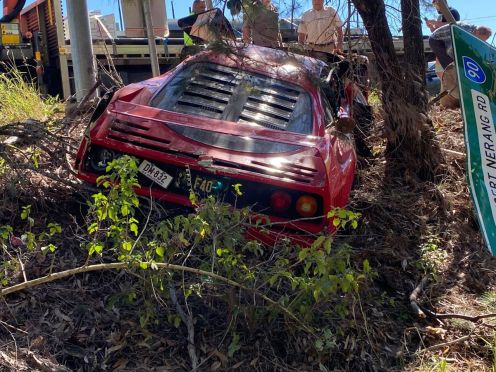 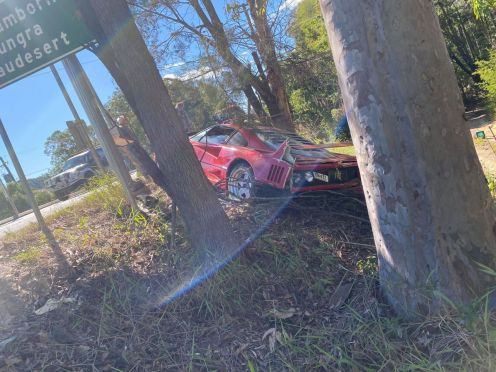 The Ferrari F40 is powered by a 3.0-liter, twin-turbo V8 engine that produces 471 hp and 426 lb-ft of torque. The engine is bolted to a 5-speed manual transmission. The car can be tricky to drive especially when the turbochargers spool up.

Earlier this year, another F40 met with a sad fate. The car was driving down the streets of Monaco, when it caught fire. Despite suffering extensive damage, the owner is reportedly rebuilding it. Here are the images of the car being restored.