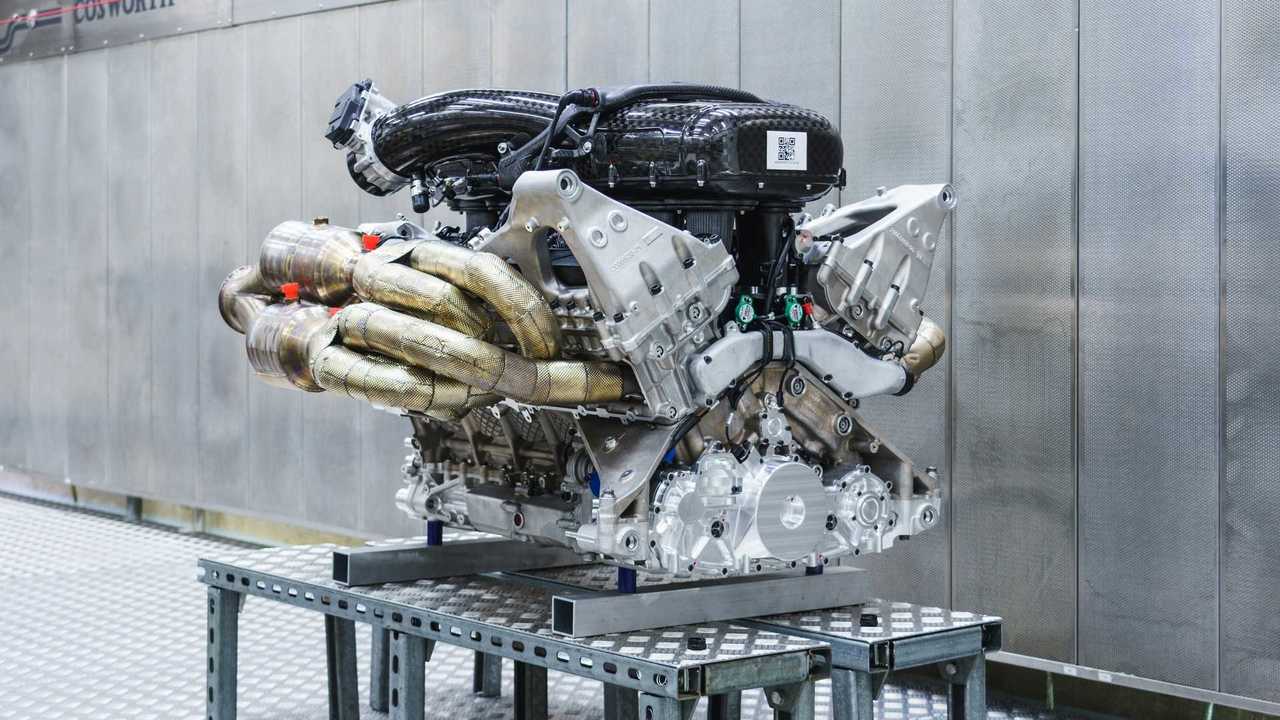 Just a few weeks after Aston Martin revealed pictures of the final production version of the Valkyrie, the Gaydon brand has now treated us with images of the engine powering it. Not only that, we also have some juicy details to go with it.

The Valkyrie is one of the most ambitious projects in automotive history – to build a road car that promises F1 like performance. As such, Aston utilized an F1-derived engine and took the help of Cosworth to develop it for use in Valkyrie. The result is an absolute masterpiece. The 6.5-liter V12 sets new standards for maximum rpm and specific output with a peak power output of 1000 bhp at a mind-blowing 10,500 rpm, before continuing on to a maximum rpm figure of 11,100. The figures are truly unprecedented for a naturally-aspirated, emissions-compliant road car engine. If this doesn’t sound ridiculous enough, the Valkyrie’s performance figures will be further boosted by a battery hybrid system, details of which the company will reveal later. 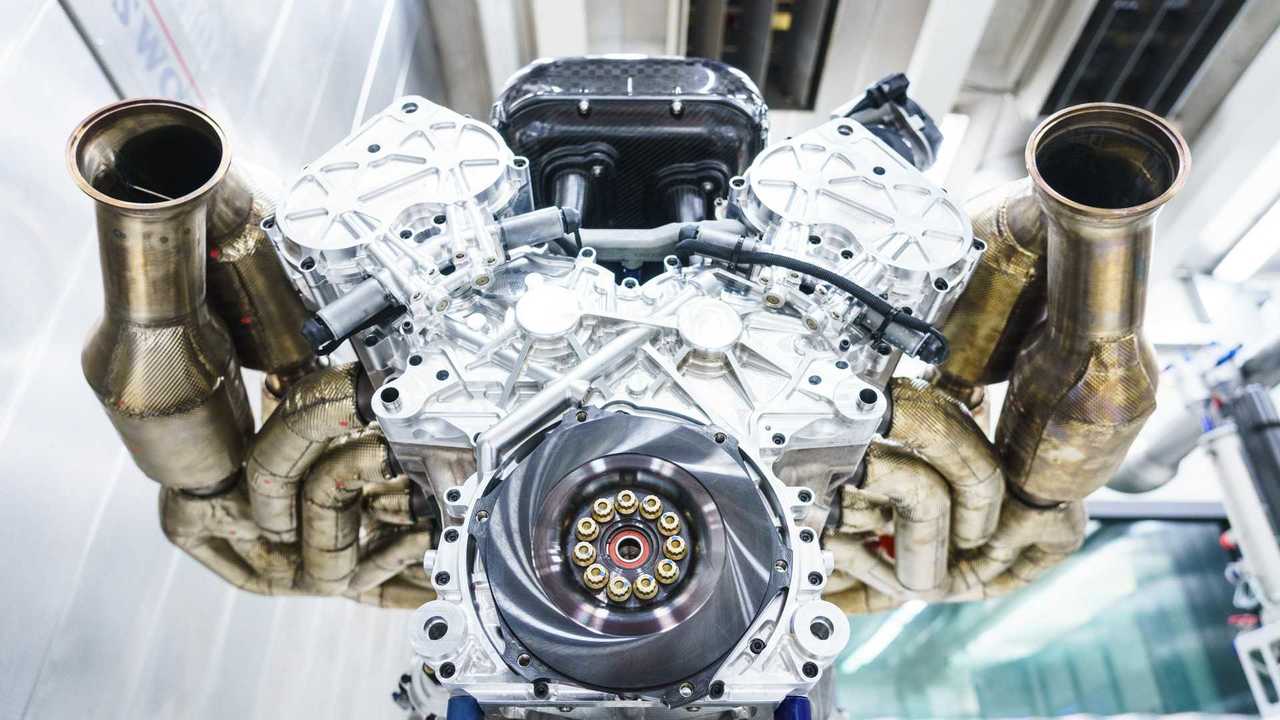 For a car with a target weight of 1000 kg, it was also important that the two companies make the engine as light as possible. The result is an engine that weighs just 206 kg. For comparison, Cosworth’s 3.0-liter V10 F1 engines (the last before weight limits were imposed by the FIA) which originally weighed 97 kg would tip the scales at 210 kg, if scaled-up to 6.5-liter. Also, the Valkyrie’s engine is a fully stressed element of the car which means removing the engine will leave nothing joining the front wheels to the back. Load of awesome!

Aston Martin has also said that it utilized a naturally aspirated unit instead of a turbocharged one for reasons of “excitement, purity and emotion”.

“To anyone with a drop of petrol in their blood, a high-revving naturally aspirated V12 is the absolute pinnacle. Nothing sounds better or encapsulates the emotion and excitement of the internal combustion engine more completely” – Andy Palmer, Aston Martin’s CEO.

The boss couldn’t be more right. You can hear the Valkyrie’s V12 scream in the video linked below.

Have we ever a heard a more monstrous wail from an engine, outside of F1. We are not sure. 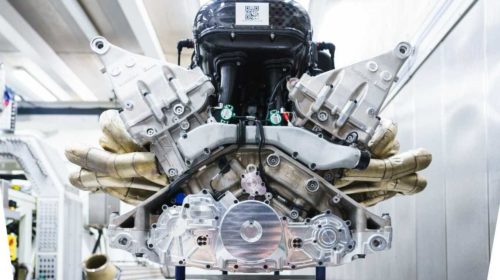 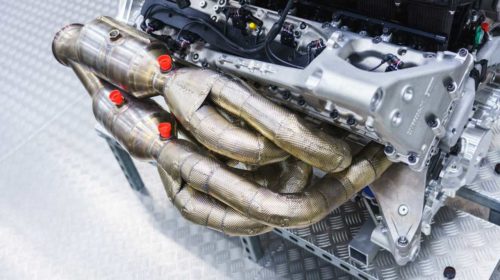 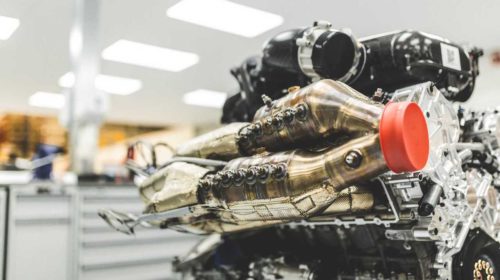 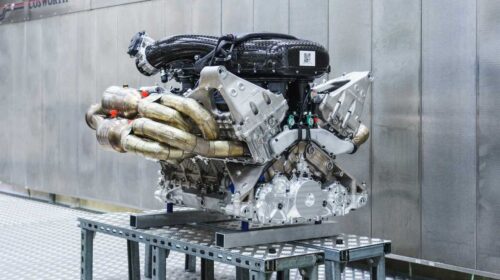 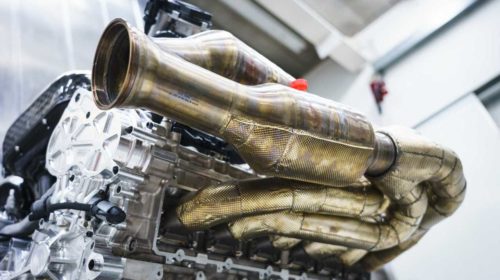 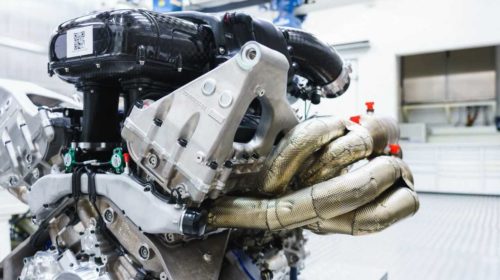 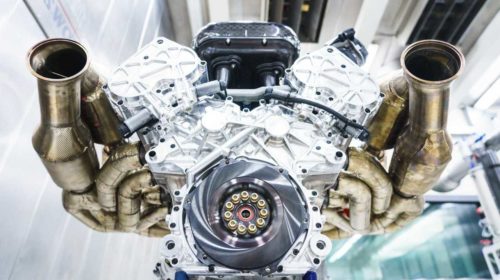 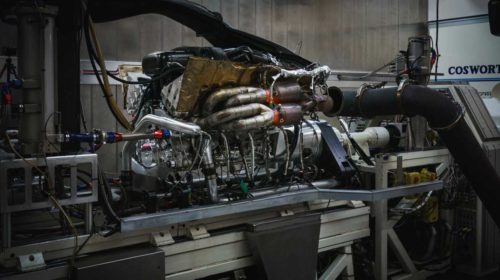 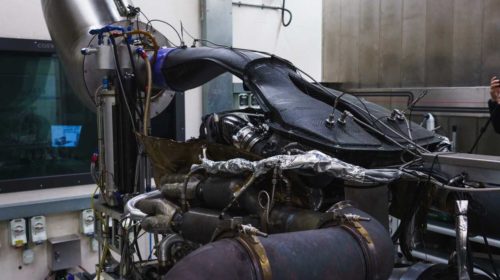 To learn about the V12 in detail, you can head over to Aston’s website, here.